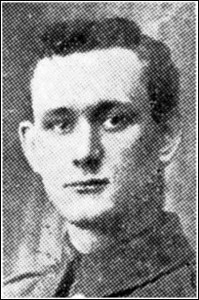 It is now over 4 years since we first launched the website in November 2006. Little did we realise when we started work on the project in the last months of 2005 that we would still be hard at it in June 2010! But we have at last reached the stage where we can honestly say that we have done as much as we can for the time being and have now added as much additional information as we have been able to.

In the first major update we presented in November 2007 we proudly stated that we had increased our initial dataset of 1,554 names, as recorded in Craven’s Part…, to 2,615 entries. The 1,060 additional servicemen and women we identified were dubbed our ‘lost’ soldiers. Now, after a further 3 years or more, we have increased our number of entries to 2,655, giving us a total of 1,099 names that were not recorded in Craven’s Part…

After the 2007 update John Richardson took on the unenviable task of going through the microfilm copies of the West Yorkshire Pioneer for 1917 and 1918 (unfortunately we have never been able to locate copies of the newspaper from 1919 to 1921 to go with our Craven Herald run from 1914-1921). Having finished this work he then went back over all the Pioneer articles from 1914-1916 to make sure nothing had been missed and that each had an appropriate title and that all the details were correct. He then decided to have another sweep through all the copies of the Craven Herald from 1914-1921 to make sure that nothing had been missed. John’s patient and steadfast attention to fine detail meant that a great number of additional articles and pieces of information came to light.

I have long ago lost count of the number of times John has decided to go back through the data checking for errors and searching out snippets of additional information (not to mention ensuring that all the Regiment and Battalion names followed standard nomenclature). To this end we now have located one or more Census entries for a total of 979 of our names (and all previous entries from an abbreviated ‘on-line’ Census Index have also been replaced by entries from the full Census). This information has been invaluable in verifying (as far as we possibly can in some cases) identities and sorting out what has been an extremely confusing number of identically named soldiers. There are still many soldiers (c.60) about whom we know either nothing or very little other than a name and a possible regiment, etc. We hope that users of the website may be able to shed some light on these ‘unknowns’ eventually.

The scanning, word recognition and subsequent correcting and editing of all the new Pioneer and many extra Craven Herald articles prior to inserting them into the database has been an arduous and time-consuming job: but we have got there! Again, as the person ultimately responsible for entering all the data into the database, I am exceedingly grateful to John Richardson for his apparently untiring diligence and attention to detail and his absolute insistence on getting things right before allowing them to appear on the site.

After his initial absolutely sterling work on creating all the Divisional signs and his cunning manipulation of digital colouring techniques to produce our finished Regimental badges, Chris Foster (along with John Richardson) travelled many miles throughout our region tracking down every single available War Memorial from a total of 131 locations. Some were hard to find, whilst others only existed as a copied list of names, the originals having unfortunately been ‘lost.’ In the course of their travels Messrs Foster and Richardson have also been able save a number of memorials from possible ignominious fates. In addition both Chris and John (separately) have made a number of trips to France and Flanders and have visited a great many CWGC Cemeteries in the search for the headstones of our soldiers.

Staying on the topic of War Memorials for a while, we were absolutely delighted to see that, as a result of our research, a new name was added to each of the Memorials at Settle and Sedbergh.

Over the past 2½ years Chris Foster has acted as our official receiver and repository of additional information from members of the general public and elsewhere. Much has been received and can now be viewed on the various sections of the website: everything from letters and postcards from the Front, additional family photographs, many pieces of personal memorabilia, not to mention a mass of extra documentary information from the superb Archives of Sedbergh School, all of which has been absolutely invaluable in fleshing out the bare bones of so many of our basic entries. We therefore urge users of the website to continue sending us as much additional material as they possibly can. We can’t help feeling that we have really got to know a great many servicemen and women who, previously, had merely been names on lists. It has been a truly moving experience for all of us. So, please keep the information coming and thereby make our site even better than it is at present!

For a comparison of the present state of play with that of our last major update (November 2007) we present a similar brief breakdown of our database ‘statistics.’

In 2007 our total number of database entries stood at 2,615 names. Subsequent careful research and tidying up meant that we discarded some of this number (due to confusion of names in the original Craven’s Part… book, in newspaper articles and on War Memorials). The result was that we lost a few names and gained a good many more, our present total standing at 2,655 names. Click here to find where these names were found:

The ‘Search’ page of the website now contains the facility (‘Sources’) to enable the user to actually filter out and see the names that were found in the original Craven’s Part… book and, conversely, to filter out which names were found in the various different sources. We believe this is going to be an invaluable additional tool for researchers using the site.

In November 2007 we had located, scanned and transcribed 4,842 articles from the Craven Herald and 1,018 from the Pioneer: The present totals of articles now stand at 5,593 and 3,458 respectively.

We now have 1,220 additional photographs in the database as well as 378 items of additional text information.

Apart from appearing on a total of 324 separate local War Memorials at 132 locations in the wider ‘Craven’ area, our servicemen and women are also commemorated in a current total of 612 Commonwealth War Graves Commission Cemeteries and on 39 Commonwealth War Graves Commission Memorials in Europe, the Middle East, Africa, Asia, Canada and Australia.

As a result of finding more soldiers since the November 2007 update the number of soldiers not commemorated on a local memorial has increased accordingly:–

Soldiers not on a Local Memorial

We feel quite sure that a sizeable proportion of these names would turn up on the various War Memorials in Colne, Nelson and elsewhere over in Lancashire due to the fact that we have many Lancashire birth places for entries in the database. Similarly, we are quite certain that many of our servicemen and women are commemorated on Memorials outside the ‘Craven’ area in Yorkshire and elsewhere, but since our initial ‘Craven’ boundary was forced to extend into Wensleydale and nearby parts of Lancashire as a result of inclusion in either the Craven Herald and Pioneer entries we feel that going even further afield to locate these ‘missing’ names would be well beyond our original remit. However, we are delighted to record that we have been sent photographs of War Memorials from a number of distant locations and we can only hope that others will appear as time goes by. Similarly, we are extremely grateful for other collections of photographs of either private or CWGC gravestones from interested members of the public who have visited cemeteries on the Western Front and elsewhere.

And so, we present our latest major update to the website. We will be taking a well-earned rest for a while, but I am quite sure it will not be too long before either John or Chris come up with more information for me to add to the database and from thence to the website in due course. Please do not stop sending us YOUR information, whatever it might be.