For much of the First World War, Abbeville was headquarters of the Commonwealth lines of communication and No 3 BRCS, No 5 and No 2 Stationary Hospitals were stationed there variously from October 1914 to January 1920. The communal cemetery was used for burials from November 1914 to September 1916, the earliest being made among the French military graves. The extension was begun in September 1916. During the early part of the Second World War, Abbeville was a major operational aerodrome, but the town fell to the Germans at the end of May 1940. On 4 June, an attempt was made by the 51st Division, in conjunction with the French, to break the German bridgehead, but without success. Towards the end of 1943, eight large ski shaped buildings appeared near Abbeville. These proved to be storage units for flying bomb components an they were heavily bombed by Commonwealth air forces. Abbeville was retaken on 4 September 1944 by Canadian and Polish units. Abbeville Communal Cemetery contains 774 Commonwealth burials of First World War and 30 from the Second. The Extension contains 1,754 First World War burials and 348 from the Second. The Commonwealth sections of both cemetery and extension were designed by Sir Reginald Blomfield. 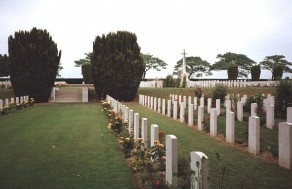 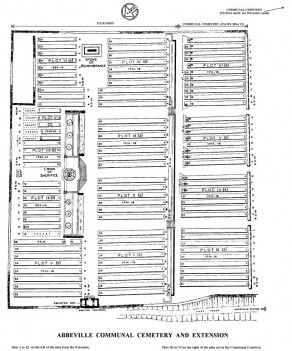