By Craven's Part In The Great War on December 9, 2014 in Latest News 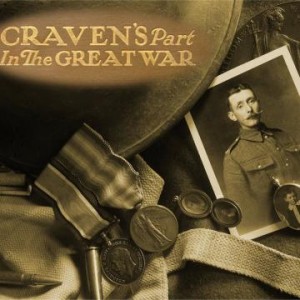 Craven Community Projects Group is delighted to announce that they have been awarded a grant of £18,300 from the Heritage Lottery Fund (HLF) to re-engineer Craven’s Part in the Great War.

Many relatives, individuals and groups within Craven, and much further afield, have benefited greatly from this free website over the past eight years, however, technology has changed considerably since 2006 and the site now needs a complete overhaul.

There will be particular emphasis on revising the functionality of the content and the site will more accessible and inclusive and easier to update and manage. The content will be more user-focused, and volunteers will also receive training so that additional data can be uploaded and knowledge and new skills can be shared with other groups in the community.

This digital work will ensure that the website remains a sustainable legacy for the future and it would seem particularly appropriate with 2014 marking the First World War Centenary.

Explaining the importance of the HLF support, the head of the HLF in Yorkshire and the Humber, Fiona Spiers, said: “The commemoration of the First World War has really captured the sentiment of the nation, resulting in an increased interest in the global conflict. The work and research carried out by Craven Community Projects Group will provide an invaluable resource, enabling people to discover the role their ancestors played in the Great War.”

Chris Foster, Chairman, said: “We are particularly looking forward to people having access to the revised website, to help them trace family members, because the database will have three more years’ of updates thus making the site even more comprehensive as a useful resource and point of reference.”

On finding a relative one person wrote to the group recently: “On a personal note, it has enabled me to find out more about the fate of one of my great uncles who died at Ypres, and thanks to your website I now know where his grave lies. As one of the last members of his family I intend to make the journey to France to pay my respects.”

Access to the website is free and communities are encouraged to investigate and use the content in order to celebrate their own local history and heritage projects. Visitors will be able to download information free of charge that would otherwise only be available at a cost from the British Library.

Another person reported: “Craven’s Part in the Great War was somewhat informative about Walter, telling me he was aged 22 when he was killed, that he was ‘of Addingham’ and had been in the Duke of Wellington’s Regiment … but when the website became available there were more newspaper articles about Walter, and these told me that he had been well known locally for his prowess on the football field. He had been captain of the Addingham team, 12 of whose players were serving in the forces by 1915, according to an item in the Ilkley Gazette. The West Yorkshire Pioneer recorded ‘The news of his death cast a gloom over the village. He was well known as captain of the football team, in which capacity he always rendered a good account of himself, being a dashing and resourceful full-back, his opponents always finding him a difficult problem to deal with. One cannot doubt that in the more serious game he was called upon to play he would do his part nobly and well.’ ” 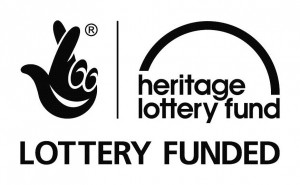 In particular, the project will focus on working in partnership with the local schools and college, family history groups, community groups and organisations that use Craven’s Part in the Great War for their own projects in this centenary year and thereafter.

You can find out more about The Heritage Lottery Fund at www.hlf.org.uk