n March 1915, the base of the Mediterranean Expeditionary Force was transferred to Alexandria from Mudros and the city became a camp and hospital centre for Commonwealth and French troops. Among the medical units established there were the 17th, 19th, 21st, 78th and 87th General Hospitals and No 5 Indian Hospital. After the Gallipoli campaign of 1915, Alexandria remained an important hospital centre during later operations in Egypt and Palestine and the port was much used by hospital ships and troop transports bringing reinforcements and carrying the sick and wounded out of the theatres of war. This cemetery was begun in April 1916 when it was realised that the cemetery at Chatby would not be large enough. Most of the burials were made from the Alexandria hospitals, but a number of graves of December 1917 were due to the loss of the troop transports "Aragon" and "Osmanieh" which were sunk by torpedo and mine as they entered the port. The cemetery continued in use until December 1919 but later, some graves were brought in from small burial grounds in the western desert, Maadia and Rosetta. During the Second World War, Alexandria was again an important hospital centre, taking casualties from campaigns in the Western Desert, Greece, Crete, the Aegean Islands and the Mediterranean. Rest camps and hostels were also established there together with a powerful anti-aircraft base. Alexandria was also the communications centre for the middle and near east and became the headquarters of the Military Police. The cemetery at Hadra was extended for Second World War burials and was used from 1941. There are now 1,700 First World War burials in the cemetery and 1,305 from the Second World War. The cemetery also contains war graves of other nationalities and some non war burials. 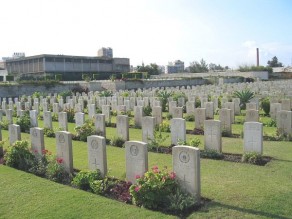 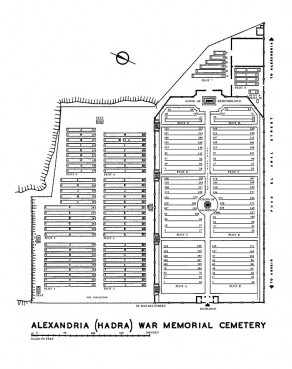