Wheelchair access to this cemetery is possible, but may be by an alternative entrance. For further information regarding wheelchair access, please contact our Enquiries Section on 01628 507200.

Assevillers is a village approximately 10 kilometres south-west of Peronne. Assevillers New British Cemetery will be found at the entrance of the village after crossing the A1 motorway and the high speed train line. 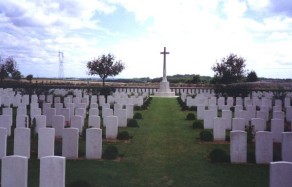 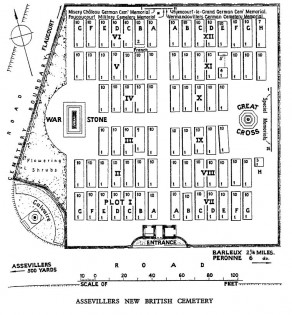