Bailleul is a large town in France, near the Belgian border, 14.5 kilometres south-west of Ieper and on the main road from St. Omer to Lille. From the Grand place, take the Ieper road and 400 metres along this road is a sign indicating the direction of the cemetery. Turn down the right into a small road and follow for approximately 400 metres, the cemetery is on the right. 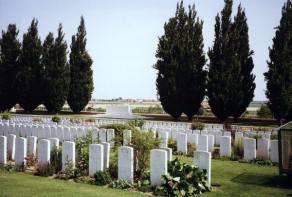 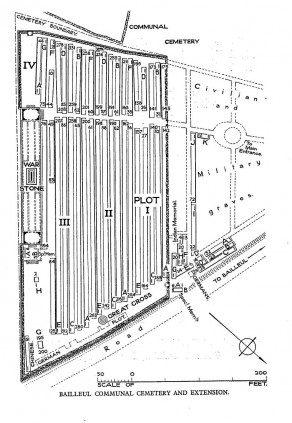