Ecoust-St-Mein is a village between Arras, Cambrai and Bapaume. HAC Cemetery is about 800 metres south of the village on the west side of the D956 road to Beugenatre. 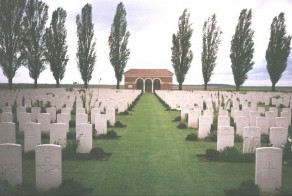 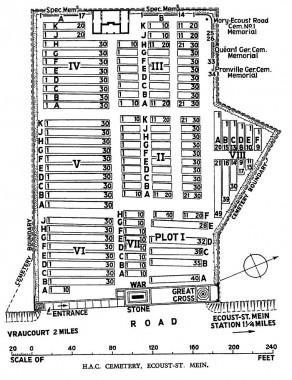