During the First World War, Commonwealth camps and hospitals were stationed on the southern outskirts of Rouen. A base supply depot and the 3rd Echelon of General Headquarters were also established in the city. Almost all of the hospitals at Rouen remained there for practically the whole of the war. They included eight general, five stationary, one British Red Cross and one labour hospital, and No. 2 Convalescent Depot. A number of the dead from these hospitals were buried in other cemeteries, but the great majority were taken to the city cemetery of St. Sever. In September 1916, it was found necessary to begin an extension, where the last burial took place in April 1920. During the Second World War, Rouen was again a hospital centre and the extension was used once more for the burial of Commonwealth servicemen, many of whom died as prisoners of war during the German occupation. The cemetery extension contains 8,346 Commonwealth burials of the First World War (ten of them unidentified) and 328 from the Second World War (18 of them unidentified). There are also 8 Foreign Nationa 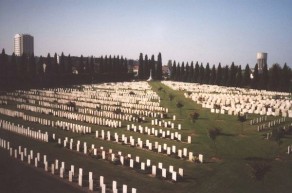 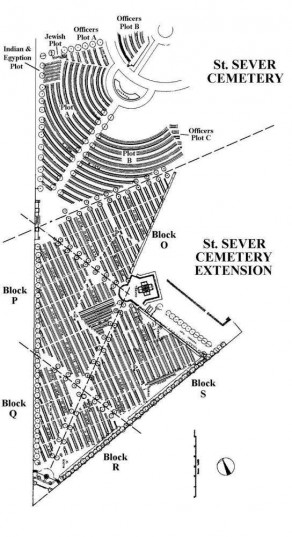