The Panel (or Bay) numbers quoted at the end of each entry relate to the panels dedicated to the Regiment served with. In some instances where a casualty is recorded as attached to another Regiment, his name may alternatively appear within their Regimental Panels (or Bays). Please refer to the on-site Memorial Register Introduction to determine the alternative Panel (or Bay) numbers if you do not find the name within the quoted Panel (or Bay). Wheelchair access to the cemetery is possible, but may be by alternative entrance. For further information regarding wheelchair access, please contact our Enquiries Section on 01628 507200.

The Arras Memorial is in the Faubourg-d'Amiens Cemetery, which is in the Boulevard du General de Gaulle in the western part of the town of Arras. The cemetery is near the Citadel, approximately 2 kilometres due west of the railway station.

The French handed over Arras to Commonwealth forces in the spring of 1916 and the system of tunnels upon which the town is built were used and developed in preparation for the major offensive planned for April 1917. The Commonwealth section of the FAUBOURG D'AMIENS CEMETERY was begun in March 1916, behind the French military cemetery established earlier. It continued to be used by field ambulances and fighting units until November 1918. The cemetery was enlarged after the Armistice when graves were brought in from the battlefields and from two smaller cemeteries in the vicinity. The cemetery contains 2,651 Commonwealth burials of the First World War. In addition, there are 30 war graves of other nationalities, most of them German. During the Second World War, Arras was occupied by United Kingdom forces headquarters until the town was evacuated on 23 May 1940. Arras then remained in German hands until retaken by Commonwealth and Free French forces on 1 September 1944. The cemetery contains seven Commonwealth burials of the Second World War. The graves in the French military cemetery were removed after the First World War to other burial grounds and the land they had occupied was used for the construction of the Arras Memorial and Arras Flying Services Memorial. The ARRAS MEMORIAL commemorates almost 35,000 servicemen from the United Kingdom, South Africa and New Zealand who died in the Arras sector between the spring of 1916 and 7 August 1918, the eve of the Advance to Victory, and have no known grave. The most conspicuous events of this period were the Arras offensive of April-May 1917, and the German attack in the spring of 1918. Canadian and Australian servicemen killed in these operations are commemorated by memorials at Vimy and Villers-Bretonneux. A separate memorial remembers those killed in the Battle of Cambrai in 1917. The ARRAS FLYING SERVICES MEMORIAL commemorates nearly 1,000 airmen of the Royal Naval Air Service, the Royal Flying Corps, and the Royal Air Force, either by attachment from other arms of the forces of the Commonwealth or by original enlistment, who were killed on the whole Western Front and who have no known grave. Both cemetery and memorial were designed by Sir Edwin Lutyens, with sculpture by Sir William Reid Dick. 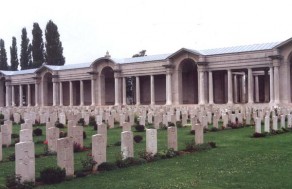 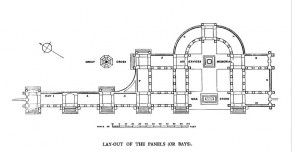