Internal gradients are manageable for those with mobility problems and there is ramped access to the Cross of Sacrifice terrace.

Fromelles is a small village situated in the Nord/Pas de Calais region of Northern France, 22 kilometres west of Lille and 104 kilometres south east of Calais, close to the villages of Aubers and Herlies. The GPS co-ordinates are:

The cemetery is sign posted from the main N41 Lille - La Basse road.

When arriving in Fromelles the cemetery is located on Rue de la Basse Ville opposite the church and civil cemetery.

n the early evening of 19 July 1916, near the village of Fromelles, in northern France, two infantry divisions newly arrived on the Western Front, the 5th Australian and British 61st (South Midland) attacked a 4,000 yard section of the German frontline centred on a notorious strongpoint called the "Sugar Loaf". Advancing over unfavourable ground, in clear view of resolute and expectant defenders, the attackers suffered terrible casualties in a matter of minutes. The action turned into a bloody catastrophe - the Australians had over 5,500 killed, wounded and missing; 61st Division reported over 1,500 killed, wounded and missing. No tactical advantages resulted from the action and it remains the worst day in Australian military history.

Completed in July 2010, Fromelles (Pheasant Wood) Military Cemetery is the first new war cemetery to be built by the Commonwealth War Graves Commission in fifty years.

The cemetery contains 250 Australian and British soldiers, whose remains were recovered in 2009 from a number of mass graves located behind nearby Pheasant Wood, where they had been buried by the Germans following the disastrous battle of Fromelles on 19 and 20 July 1916.

The cemetery was officially dedicated on 19 July 2010 and was designed by Barry Edwards.

Within Fromelles (Pheasant Wood) Military Cemetery there are 219 Australians of which 75 are unidentified, 2 unidentified British soldiers and 29 entirely unidentified soldiers. 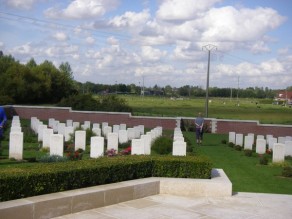 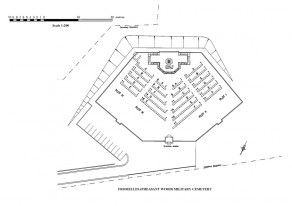