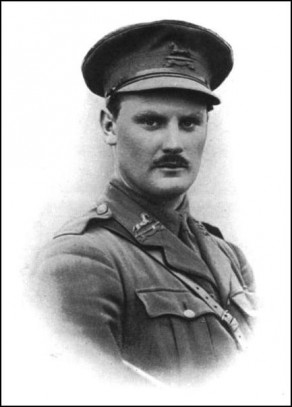 Basil Spencer Jennings (wrongly described in the Register as brother of J.H. and T.N. Jennings, and as being in Evans House) entered Hart House in May, 1905, and left in April, 1907. So short a stay had given him little opportunity of attaining very marked distinction in the School, but he was a boy of many friends, who always keen to do all he could for the House.

He was in Morocco when the war broke out, and returned as soon as possible to enlist in King Edward’s Horse. He received his commission in the 14th West Yorks. In Dec., 1914, and in Sept. of this year went out to the Dardanelles, where he was severely wounded in action on Nov. 7th, and died a few days later.

JENNINGS, BASIL SPENCER, 2nd Lieut., 14th (Service) Battn. The Prince of Wales’s Own ( West Yorkshire Regt.), attd. 6th (Service) Bttn. Alexandra, Princess of Wales’s Own (Yorkshire Regt.), s. of the late Jonathan Sutcliffe Jennings, of Wilsden, Keighley, and Harrogate, by his wife Hannah Mary (Cononley Hall, Keighley), dau. of P.W. Spencer, Raygill, Lothersdale; b. Riddlesden, Keighley, co. York, 12 April 1890; educ. Balliol House School, Harrogate, and Sedbergh; was in business with Mr. P.W. Spencer, Limestone and Quarry Owner, Lothersdale, and was in Morocco when war broke out in Aug. 1914; immediately returned to England, and enlisted in King Edward’s Horse in Oct. 1914, transferred to the Infantry; was given a commission in the 14th West Yorkshire Regt. 22 Dec. 1914; went to the Dardanelles 1915, and died at Suvla 7 Nov. following, from wounds received in action while trying to save one of his men. Buried on the beach there. His Commanding Officer, Major H. Chapman wrote: “He was serving under my command, and was, on the night of 6 Nov., in charge of a party building and digging a new trench. One of his men was killed, and your son, thinking he might be only wounded, ran out across an open space under heavy fire and was wounded himself. I was there with him a few minutes afterwards. He was quite conscious and very cheerful, and the last I saw of him I had no thought of his not living. He was sent to hospital and died there the following day. He was one of the best and most gallant officers I had, and we all sympathize with you in your great loss.” A brother officer wrote: “We mourn the loss of a friend and an officer who was as popular with the men as he was considered competent by higher authorities,” and another: “None commanded more respect from his fellow officers, or more love from his men, than your son.” Unm.

CRAVEN AND THE WAR – CASUALTIES

An official intimation has been received that Lieutenant Basil Spencer Jennings, 9th West Yorkshire Regiment, son of Mrs. J. S. Jennings, of Tower House, Keighley, died on November 6th from wounds received in action at the Dardanelles. Lieutenant Jennings, who was 24 years of age, was in Morocco when the war broke out, but returned to England and enlisted in King Edward’s Horse. He, however, transferred into the infantry, joining the 9th West Yorkshires. He was formerly in business with Mr. P. W. Spencer, quarry owner, Skipton. He was educated at Sedbergh School, and was a lover of sport.

Information was received at Cononley on Tuesday that Captain Norman Muller, son of Colonel G.H. Muller of Bradford, had been killed in action. Captain Muller, who married Miss Doris Spencer Jennings, only daughter of Mrs. Jennings, of Cononley Hall, was only 32 years of age and was a very popular officer. At the outbreak of the war he was a Lieutenant in the West Yorkshires. He went to France in 1915 in charge of the battalion transport and served in the Ypres salient, receiving his Company at the Front. Being taken ill with trench fever he was invalided home, and on his recovery was once more sent to France, and for a time acted as a Temporary Major in his battalion. In August 1916, he was again invalided home and was on the sick list for nearly five months. On regaining his health he was given duties in England until the early spring of 1918, when he was once more ordered for service abroad. Before the war he was well known as a hockey player and for several years acted as secretary at the Saltaire Club. Heartfelt sympathy is extended towards Mrs. Muller and her infant daughter in their bereavement. Mrs. Muller’s brother, Lieutenant Basil Jennings, was killed in action some time ago.

Official information has been received that Lieut. Basil Spencer Jennings of the 9th West Yorkshire Regiment, and son of Mrs. J.S. Jennings, late of the Tower House, Keighley, and now of Cononley Hall, died of wounds on November 6th, received whilst in action in the Dardanelles. Lieut. Jennings, who was twenty-four, was in Morocco when war broke out, but returned to England and enlisted in King Edward’s Horse Regiment. He, however, transferred into the infantry, joining the 9th Battalion West Yorkshires. He was formerly in business with Mr. W.P. Spencer, limestone and quarry owner, Lothersdale.