Charles was married to Emily Riley in 1908.

Charles is listed in the Nominal Roll of the 1/6th Battalion Duke of Wellington's (West Riding Regiment): Pte. C. Hewlett.

Charles is commemorated on the Colne War Memorial. 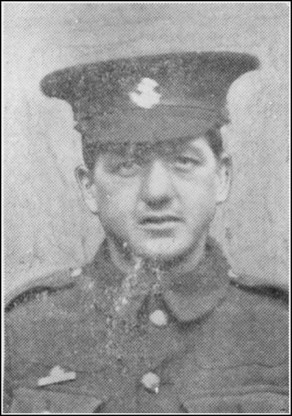 Pte. Charles Hewlett, the son of Mr. Edward Hewlett, a Crimean veteran, of Chapel-fold, has been reported as dying from wounds received in action in France on November 6th. He enlisted in the Duke of Wellington’s West Yorkshire Regiment in September last year, and went to the front in April. When he was wounded Pte. Hewlett was carrying a wounded man. He was shot in the back, and his back-bone was splintered. He had already carried one wounded comrade in, and was going out to save another when he was shot. Pte. Hewlett, who was 33 years of age, was married, and his widow and two children had lived at Shawforth, near Rochdale, for some time. Prior to enlisting Pte. Hewlett resided at Barnoldswick.

His brother, Gunner J. W. Hewlett, of the Royal Field Artillery, recently had a very narrow escape from being killed. Three nephews are at the front, these being Pte. Harold Edmondson, Colne; Lce.-Corpl. Ernest Hewlett, Colne; and Sergt.-Major Hewlett, of Barnoldswick. Two other nephews, Pte. Alfred Blakeley and Pte. Percy Wareing, are in training.

Writing to a friend at Skipton, on June 18th, Private C. Hewlett, of the 6th West Riding (Duke of Wellington’s) Regiment, who resides, when at home, at Barnoldswick, says:–“So far as I have seen France it is a very lovely country indeed, only it has been spoilt by the Germans who have left a trail of their dirty work behind them. Churches and houses wherever we go are all in ruins. I had the pleasure of visiting one of these churches just after we arrived here, and it had been damaged by the British and French guns. The Germans had had a Maxim gun in the tower, so our guns had been forced to fire on the church in order to dislodge the Germans. The interior of the church, I have never seen the like of before, but what I was interested in most were the beautiful models hung on the walls. One showed Christ falling beneath the burden of the Cross, and where one of the Jews had his hand raised to strike Christ. Strange to say the hand of the model of the Jew had been shot clean off by a bullet. A large crucifix stood over the doorway just inside the church, and a shell had come right through the wall behind it and missed it altogether. It seemed impossible for the shell to have missed it… We have been in the trenches many times, but up to the present we have been in no actual fighting. We have to be content on holding the line whilst the others are pushing forward, but I expect our turn will come sooner or later.”

‘Duke of Wellington’s Will Hold Their Own’

Writing to Mr. David Bennett, of Otley Street, Private Charles Hewlett of the 6th (Duke of Wellington’s) West Riding Regiment, who belongs to Barnoldswick, writes:–“Since last writing you we have come out of the trenches, doing so on June 25. We were relieved about 10-30 at night. After coming out we had a march of about five miles to our billets, and stayed for two days. On Monday night we had another tramp, about the same distance as on the day out of the trenches. We had another two days’ rest here. On Wednesday night we left our billets in full marching order, about six o’clock. Our destination was unknown to us, but I must confess that the country we passed through was absolutely beautiful; sweet-smelling hayfields, sweetpeas, wheat, potatoes, and hopfields by the score. It made one feel good to be alive, and we showed this by singing all the way, though the first hour the sun was simply scorching. At ten minutes past nine we crossed the Belgium frontier, and a few miles further on we halted for the night as we thought, but up to writing we are still in the same place. We are bivouacking in a wood, and enjoying it immensely. This morning I attended service of Holy Communion, which was conducted by the Wesleyan chaplain. I enjoyed it first rate. You know we don’t get the privilege of attending service every Sunday, as when we are in the trenches we are too busy to hold service of any kind. Before very long we are expecting to be in the thick of it all, and when the time comes I think that the Duke of Wellington’s will hold their own and keep up their reputation.”

The following engrossing letter detailing the lucky escape from death of Pte. Chas. Hewlett, of Barnoldswick, who belongs to the contingent of the 2nd [1st] 6th (Duke of Wellington’s) West Riding Regiment at the front, has been handed on to us by the Skipton resident who received it:–

September 30th, 1915
”No doubt you will by now have read of the great advance by the Allies, but I must thank my lucky stars that I am whole, as the other day we were in the support trenches, and I and three more comrades were having a little sing-song of our own when suddenly we heard a shell come whistling through the air and something hard struck the earth, and mud flew in all directions. We thought our time had come, and we waited for the explosion, but thank God it never came, as when a short while after we went to see what size it was judge our surprise when we found it was a very big shell and it was what we call a ‘German dudd,’ because it has not exploded. We could see the hole where it had gone in, and by putting our hand in we could feel it. Afterwards it was dug out, and it was about 1½ or 2 feet long, and as it dropped at about six or seven yards in front of our dug-out you can see for yourself why I say we were very lucky. This was the third shell that had dropped within 10 or 12 yards from our dug-out, one being dropped from an aeroplane. This also was a ‘dudd,’ and another took a corner of our dug-out on its way–but here we are as gay as ever and, as usual, laughing when the danger is past! I see that the people at home are doing their little bit in various ways, but there is one thing I cannot understand. I hear that tobacco has gone up again. The working man’s tobacco is now 5d. per ounce (so we hear). What I cannot understand is how it is that the working-man has always to put his hand down when anything is wanted. Why can’t they leave tobacco out and double – yes, treble – the price of beer and alcohol? If they did this then I think the Government would have taken the right step. Well, I must now draw to a close as it is time little boys like me were in bed.”

In yesterday’s casualty list under the heading ‘Died from Wounds’ appears the name of Private C. Hewlett, of the 6th West Riding (Duke of Wellington’s) Regiment. As we reported last week, he was wounded whilst trying to save a comrade. He was a native of Colne, but has resided in Barnoldswick for a number of years. He made many friends at the Otley Street Baptist Chapel, Skipton, during the time his regiment was stationed at Skipton, and the news of his death will be received with deep regret not only by his Skipton friends, but also by a large circle of friends, residing in Barnoldswick and district.