Edgar Robinson was the son of Joseph and Margaret Jane Robinson, née Wallbank. Joseph was born at Middlesber, Austwick and Margaret at High Grain, Lawkland, Yorkshire. Edgar’s brother, Thomas, who also served in the Great War, was awarded the Military Medal and Bar whilst serving with the King’s Own Yorkshire Light Infantry. Edgar and Thomas were the cousins of Private Edwin Clapham (63896) (q.v.). 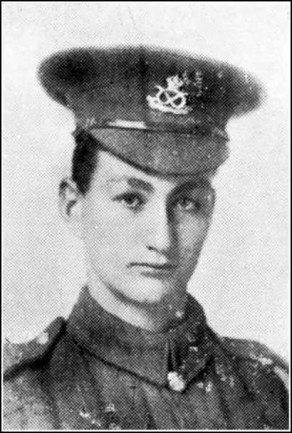 Additional Information: Son of Joseph and Margaret Robinson, of Bridge House, Austwick, Lancaster. (CWGC Headstone Inscription: THEIR GLORY SHALL NOT BE BLOTTED OUT)

Mr. and Mrs. Joseph Robinson received notification on Thursday morning last week of the death in action of their third son, Pte. E. Robinson, Yorkshire Regiment. Pte. E. Robinson was 19 years of age, and was called to the Colours in January last. He was in training five months, and was drafted to France on June 11th 1917. He was an old scholar of Austwick Church School and Bentham Grammar School. Prior to being called up he was employed by his father on farm work. He was of a quiet disposition and highly esteemed by all who knew him, and his death came as a great shock to the people of the district. He has another brother in France, Pte. Tom Robinson, who has been wounded twice. Everybody in the Parish sympathises with Mr. and Mrs. Robinson in their sad loss. The following is part of the letter announcing his death:–

“Dear Friends, – Just a line to say that your son Edgar has been killed in action. He was only about two yards off myself and his other mate when he was killed, and I was the only one left out of eight of us working together. He was killed about one o’clock, his death being instantaneous: we buried him at three on Friday morning. He has done his duty as a soldier. Respects and sympathy. Pte. F. Woods, ‘B’ Company, Yorkshire Regiment.”

A memorial service for the deceased soldier will be held in the Epiphany Church on Sunday afternoon at three p.m.

We reproduce a photograph of the late Private Edgar Robinson, of the Yorkshire Regiment, third son of Mr. and Mrs. Robinson, of Austwick, who, as recorded in last week’s ‘Herald’, was killed in action last month while serving with the Colours on the Western Front.

A memorial service was held in the Epiphany Church on Sunday afternoon in memory of Pte. Edgar Robinson, Yorkshire Regiment, son of Mr. J. Robinson, who was killed in action on July 20th. The Church was crowded with people who showed how highly esteemed and respected the deceased soldier was in the district. An impressive service, conducted by the Rev. A.C. Sutcliffe (vicar), was opened by Mr. R. Stockdale B.A. (Leeds) playing ‘O Rest in the Lord’. Special lessons were read, and prayers offered for the deceased soldier. Part of the Burial Service was also read and suitable hymns sung very feelingly by the choir and congregation. A touching and appropriate sermon was preached by the Rev. A.C. Sutcliffe, who took for his text, ‘I shall go to him, but he shall not return to me’. He made several references to Edgar Robinson, whose life had been cut short just in its prime, remarking:– “Edgar Robinson was a typical farmer, and a shrewd and keen business lad.”

The Vicar spoke words full of hope and comfort to the bereaved, and offered the sympathies of the congregation and himself to Mr. and Mrs. Robinson and family in their sad loss of so brave a lad. At the close of the service the Dead March in ‘Saul’ was played, the congregation meanwhile standing.