Frank Counter was the son of Eli and Sarah Jane Counter, née Moody. Eli was born at Ide, Devon and Sarah at Bishopsgate (Within), London, Middlesex. 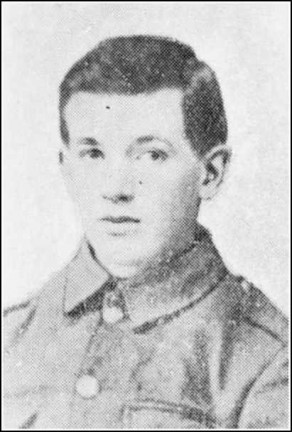 [Frank Counter was among 25 men of the Battalion, who, according to 'Soldiers Died in the Great War 1914 - 19' were either killed or died of wounds on the 12th August.] 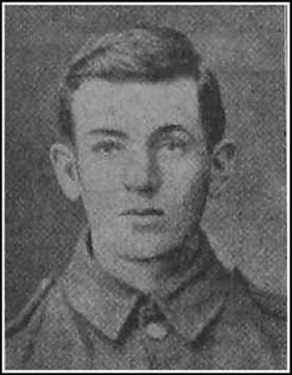 A SKIPTON ODDFELLOW AT ALEXANDRIA

Lance-Corporal W. G. Cole, of the 8th Duke of Wellington’s, attached to the 11th Divisional Base Details, at Alexandria, gives some interesting glimpses of life in the Near East, in a letter which he writes to a Skipton friend, under date September 20th. Lance-Corporal Cole is well-known in Skipton, he having being prominently connected with Oddfellowship in the district. He writes:– “I can hardly imagine how the sum of £56 was realised at the Patriotic Concert at the Town Hall. Skipton people can rally round when they like. We heard yesterday that a big move had been made in France, but we get little news here. There seems to be a lot of Turks here in Alexandria, and as I stroll round the squares at night, I see them sitting round the tables, drinking their coffee and smoking their opium pipes. A deal of these seem to be Turkish merchants, so perhaps it would not do to publish all the news here.

“The 32nd Brigade caught it heavy in the new landing at the Dardanelles – in fact the whole of the 11th Division did. But I think no brigade lost more heavily than the 32nd, or Yorkshire Brigade. I don’t think that the 6th Yorkshires had one officer left, and the 8th West Ridings were nearly as badly hit. Frank Counter is reported missing, and so is young Brockbank and a few others. I have questioned many who have passed through here after being in hospital, but I can get nothing definite about Frank. It seems his Battalion had to retire, which puts a bad aspect on his being alive, but since then I have heard that his company commander, who was also reported missing, has been reported a prisoner. Frank may easily he with him.

“I think the forcing of the Dardanelles is only a matter of time, though up to the present it has proved a very hard nut to crack. There are a deal of Australians and New Zealanders here. They are a fine lot of fellows, and are a credit to their country. They say that Sidney is a more English town than London. That reminds me of one thing which will have to be looked into when the war is over – we don’t want large areas in our towns taken up by foreign element. Foreigners, spread about, can do little harm, but when one finds a whole district composed of them, it reminds one of a sore for which the safest cure is the knife – with which to cut it out.

“The Australians cause a little envy among our chaps, as they get higher pay than the English Tommy. They say that Australia is the finest country in the world. Lots of Australians will go back home with a good idea of irrigation, for if it were not for the irrigation canals, the country would be almost barren. I get the ‘Craven Herald’ every week, and last week I was able to hand the copy over to a chap called Metcalfe, from Skipton. We have had a Skipton chap here of the name of Cowman, but he has gone back now. I have had capital health lately, for the weather is getting cooler. I should very much like to get to the Pyramids at Cairo, but I don’t think I shall get a chance of doing so. Food is very dear here; I paid two piastres – that is 5d. – for a glass less than a pint. Spirits and wine are very cheap. The dates are ripe, and present a pleasing sight.

“The natives are very primitive in their sanitation, and Alexandria is like East meeting West. The railways are quite English, and the tramway service excellent.”

After being reported as missing since August 12th 1915, Pte. Frank Counter, youngest son of Mr. and Mrs. Eli Counter, 12 Church Street, Skipton, is now officially presumed to have met his death on the date named after an attack on the Turkish Forces on the Gallipoli Peninsular. A communication to this effect having been received from the Infantry Records Office, York, on Monday. Responding to the first call for men on the outbreak of war, Pte. Counter joined the Duke of Wellington’s West Riding Regiment (part of Kitchener’s Army) in August 1914 when he was six months short of his eighteenth birthday, and after the customary training, which he finished at Whitley in Surrey, he was sent out to Gallipoli in the summer of 1915. After an attack on the Turks in August 12th of that year, he was posted as missing by the War Office, and it was presumed that he had fallen into the hands of the Turks. Subsequently, however, another Skipton soldiers found Pte. Counter’s disc, pay book and other personal effects in the offices of the British Forces at Alexandria, Egypt, and this led the parents to institute enquiries through the Red Cross Society, the War Office and other auxiliary organisations. Up to last Monday, however, nothing further was heard of the missing soldier beyond a report from the United States Ambassador at Constantinople to the effect that the Turkish Foreign Office had no information regarding him. After all this lapse of time, the official inference is, as indicated above, that Pte. Counter was killed on August 12th 1915.

Prior to enlisting, Pte. Counter was employed at Messrs. Walton’s Mill and was an enthusiastic member of the Skipton Cadets and attended Christ Church. Another son of Mr. and Mrs. Counter, Driver Albert Counter, is with the R.F.A. and is at present stationed at Newcastle, whilst their son-in-law, Pte. J. Smith, of Carleton, is serving with the Stafford Regiment.

COUNTER – In ever loving remembrance of Private Frank Counter, 8th Duke of Wellington’s Regiment, and son of Mr. and Mrs. Counter, 12, Church Street, Skipton, who was killed in action in Gallipoli about August 10th 1915.

From Father, Mother and Family.

On Saturday morning, Mr. E. Counter, 12 Church Street, Skipton, received official information that his son, Private Frank Counter, of the 8th West Riding (Duke of Wellington’s) Regiment, was reported missing. Private Counter landed with his regiment in Gallipoli some time ago, and it is now nearly a month since a letter was received from him. It is not known whether or not he has been taken prisoner by the Turks.

Prior to the war Private Counter, who is only 18 years of age, was a member of the Skipton Cadets, and was employed at Messrs. Walton’s Mill.

Pte. Frank Counter, 9th [sic] West Riding (Duke of Wellington’s) Regiment, reported missing after the landing of his regiment in Gallipoli, and now thought to be killed. He was the son of Mr. and Mrs. Eli Counter of 12, Church Street, Skipton, and prior to the war was employed at Messrs. Walton’s mill.

Mr. and Mrs. Eli Counter, of 12, Church Street, Skipton, have received a letter from the Infantry Record Office, York, stating that no further news had been received relative to their son, Private Frank Counter, of the Duke of Wellington’s Regiment, who has been reported missing since August 12th, 1915, and that the Army Council had been regretfully constrained to conclude that he was dead, his death taking place on the above date. Private Counter, who was only 19 years of age, enlisted in August, 1914, in Kitchener’s Army, and after finishing his training at Whitley, in Surrey, he went out with his regiment to Gallipoli. He was missing after an attack on the Turks on August 10th, 1915. At the time the parents of Private Counter were informed that he was missing, and they not having received a letter from him for nearly a month, it was not known whether he had been taken a prisoner by the Turks or not. Numerous inquiries have been made from time to time, and a report was received from the United States Ambassador at Constantinople to the effect that the Turkish War Office had no news whatever regarding him. After the attack on the Turks on August 10th, 1915, a number of Private Counter’s personal effects were, however, found by another local soldier. Prior to joining the army he was a member of the Skipton Cadets, and was in the employ of Mr. Sam Walton, manufacturer. Mr. and Mrs. Counter have another son, Driver Albert Counter, who is attached to the Royal Field Artillery, at present stationed at Newcastle, and also a son-in-law, Private J. Smith, who formerly resided at Carleton, and is attached to the North Staffordshire Regiment.

In loving remembrance of Private Frank Counter, 8th Duke of Wellington’s Regiment, and son of Mr. and Mrs. Counter, 12, Church Street, Skipton, who was killed in action in Gallipoli about August 10th, 1915.

– From Father, Mother and Family.

SKIPTON SOLDIER IN AN ITALIAN HOSPITAL

Driver Albert E. Counter, of the Royal held Artillery, son of Mr. and Mrs. E. Counter, of Church Street, Skipton, has been admitted to hospital in Italy suffering from trench fever. He is 30 years of age, and enlisted in May, 1916. He served about nine months in France, and was recently transferred to the Italian front. He is married, his wife residing at 9, Thornton Street, Skipton. A brother, Pte. Frank Counter, was killed in the Gallipoli campaign.