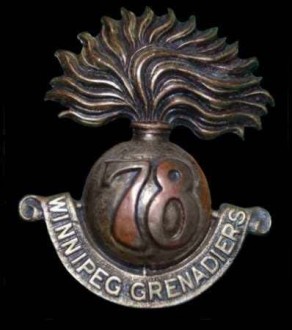 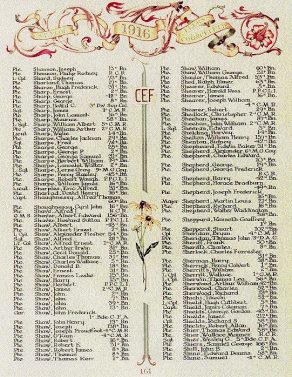 STEETON WITH EASTBURN – For the Motherland

Former Steeton residents who have sought ‘fresh fields’ across the seas still respond to the nation’s call for more men. Included amongst the most recent to join the forces are Tom Baldwin (New Zealand), Fred Sharpe, and Tom Scrambler. The two last named are in training with the Canadians. Private Scrambler has during the past week been on leave and visited Steeton.

The news was received at Steeton on Tuesday by Mr. Marshall Sharp that his nephew, Sergeant Fred Sharp, of the Canadian Overseas Forces, was missing on the Western Front. After receiving an official cable that her son was missing, Mrs. William Sharp, who resides in Winnipeg, received on November 24th a letter from the captain of her son’s company confirming the news.

After detailing the circumstances of the operations the officer stated that he failed to gather any definite news concerning Sergt. Sharp, as after he himself had recovered from the shock of the explosion he found that the gallant young fellow was not amongst the wounded who had been gathered in, but from what he could learn he was wounded. He himself and his fellow officers and men of the company were hoping that in the near future Sergeant Sharp would rejoin them again, as his place would be hard to fill as his work had always been of the best.

The missing former Steetonian is the eldest son of the late Mr. Wm. Sharp, of Steeton, who, with his wife and three sons, went to Canada about nine years ago. In July the missing sergeant spent a brief leave at Steeton previous to leaving for France. He is in his 20th year.

Sergeant Fred Sharpe, of the Canadian Forces, a former Steeton resident, who was officially announced in the ‘Herald’ issue of December 15th, as missing, was during December from an official source notified as having been wounded. The wounded sergeant’s relatives at Winnipeg have been informed that he is in hospital in France suffering from wounds received on October 28th, as the result of a shell explosion.

The Steeton friends of Mrs. M. Sharp, of McAdam Avenue, Winnipeg, Manitoba, widow of the late Mr. William Sharp, formerly of Steeton, will learn with regret that Sergeant Fred Sharp , her eldest son, has been killed in action. The news has been officially conveyed to Mrs. Sharp in the first week of this month after several months of uncertainty of the young soldier’s fate, as he was last seen lying badly wounded after an engagement in the last week in October, but the stretcher bearers were unable to carry him in.
The difficulty of obtaining correct information has been increased by the fact that in the same Canadian Grenadier Battalion there was another Sergeant Fred Sharp, and the former Steetonian has officially been reported under five different headings–‘Died of wounds,’ ‘missing,’ ‘reported in error,’ ‘killed in action,’ ‘wounded.’

It is now presumed that Sergeant Sharp was killed in action, and his namesake also has made the supreme sacrifice. To the bereaved mother in her distant Canadian home the sympathy of her former Yorkshire friends will doubtless help to comfort her in the loss of her son, who was in his majority year.

The fallen soldier is the fourth Steeton Colonial to die fighting for the Motherland.