Harold Carey Matthews (born 25 April 1879) was the son of Frederick William White and Ellen Georgina Matthews née Carey. Frederick was born at Dent, Yorkshire and Ellen at Radway, Warwickshire. Their daughter, Violet, was married to Captain George Neville May (q.v.).

Harold was married to Marjory Forster Woodhouse in 1911.

When Harold was killed, the 1/4th Bn Alexandra, Princess of Wales's Own (Yorkshire Regiment) was part of the Northumbrian Division, it received its numerical designation on the 14 May 1915.

Harold's name was originally added to the Menin Gate Memorial. Later, his grave was found at map reference: 28.C.18.c.58.43. and his remains reburied in Sanctuary Wood Cemetery. 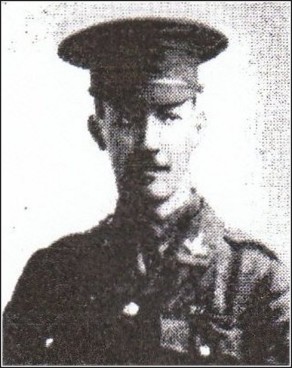 MATTHEWS, HAROLD CAREY, Major, 4th Battn. Alexandra, Princess of Wales' Own Yorkshire Regt. (The Green Howards) (T.F.), eldest s. of Frederick William White Matthews of Low Hall, Sinnington, Yorks, J.P., formerly manager of Barclays's Bank, at Leyburn; his wife, Ellen Georgiana, dau. of the late Rev. Hewett Carey; b. Hawes, Wensleydale, co. York 25 April, 1879; educ. The School, Aysgarth, Yorks, entered Barclay's Bank, and at the time of the outbreak of war was second in charge of their Market Weighton Branch. He had joined the London Rifle Brigade as a Private in 1897, and was given a commission as 2nd Lieut. in the 4th Yorks Regt., and served in the South African War in command of the 2nd Service Company of that Regt. For his services he received the Queen's medal with five clasps and was made an Hon. Lieut. in the Army, 26 July, 1902. He was promoted Capt. 30 April, 1904, and on the outbreak of the European War volunteered for foreign service, and was gazetted Major, 29 Aug. 1914. He left for France on 17 April, and was killed in action at St. Julien, north of Ypres, a few days later, 25 April, 1915. His Commanding Officer wrote: “He was killed in action leading his men in work which earned the compliments of the General.” Major Matthews m. at Dringhouses Parish Church, York, 12 July, 1911, Majory Phyllis [sic], yst. dau of Gervase Woodhouse, of 196, Mount Vale, York, and had issue: Frederick Gervas b. 24 Dec. 1912; and Marjory Phyllis, b. posthumous, 13 Oct. 1915. 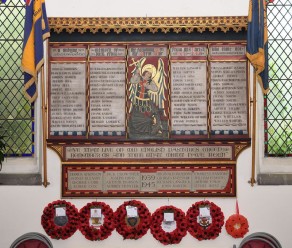 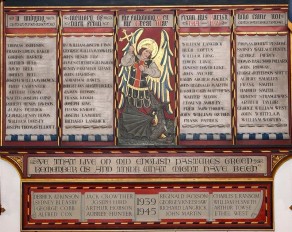 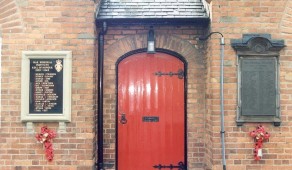