Harry is commemorated on the Roll of Honour in St Peter's Church, Osmotherley. 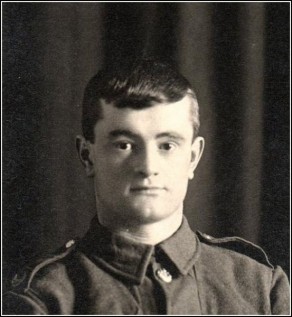 Harry Chilton-Merryweather was born on 6th August 1893 on the eastside of Osmotherley High Street to Nicholson Chilton-Merryweather and Elizabeth Anne Gibbon and was baptised on 17th September 1893. He was the 7th child of 11.
By 1901 the family had moved to Chapel Wood Farm near Lady Chapel, Osmotherley and in the 1911 census he is shown as a cow man on Middlestye Farm, Osmotherley. His parents and younger members of the family are recorded as living at Swinesty Crag, Osmotherley.
Harry enlisted in the 17th Battalion of the Prince of Wales's Own (West Yorkshire) Regiment, regimental number 37895. The 17th Battalion was a bantam battalion for people of short stature but otherwise fit and willing to enlist.
He was in a mustard gas attack on the battalion at Wijdendrift on 19th October 1917 and died of his wounds on 23rd October 1917. He was buried at Mendinghem Military Cemetery, Poperinge, West Flanders (West-Vlaanderen), Belgium; Grave ref. VI. D. 51.
The inscription on the memorial says Adopted son of Mrs B. E. Chilton, which is incorrect. His mother Elizabeth was known as Bessy, and the inscription, I believe, is a confusion on the initials E and B. His father had died in 1915 so the sole beneficiary would be his mother as shown in the military records.
There is a H Chilton shown on the Hawes War Memorial, but not on the Osmotherley War Memorial. I think this is tied to the inscription on the gravestone, as he lived all his life in Osmotherley. I am hoping that the release of the 1921 Census data might clear this up as it will identify where Betsy moved to from Swinesty Crag.

Sidney Chilton-Merryweather was the younger brother of Harry, and was born on 19th January 1899. In 1917, he joined the Northumberland Fusiliers and served in Egypt. He was stationed somewhere near the Dead Sea as he told me stories about floating on it. The 2/7th Battalion NFs were their only battalion in Egypt in 1917 so I have assumed that this is which battalion he was in. He said the nearest thing he saw to the enemy was throwing grenades at dummies with German helmets!
There are no other records as they were destroyed by fire. 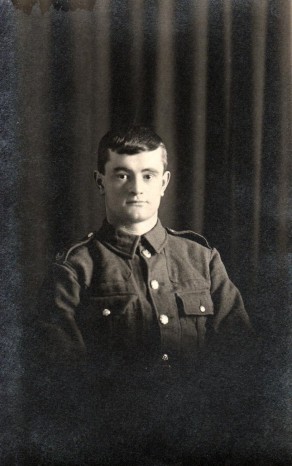 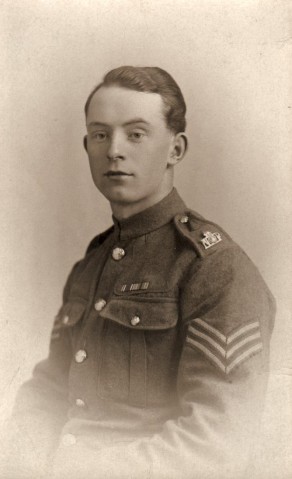 One Response to Harry CHILTON