Harry Cockett was the son of Henry and Betsy Smith Cockett, née Chapman. Both parents were born at Hawes, Yorkshire. Harry was the cousin of Private Frederick Cockett (6006) (q.v.) and Gunner John Moore (50517) (q.v.).

Betsy and her children departed from Liverpool on the 'Suevic' for Capetown, South Africa, on the 7 May 1910.

Harry Cockett lost his life during The Battle of the Menin Road Ridge (Battles of Ypres, 1917: 31 July - 10 November). 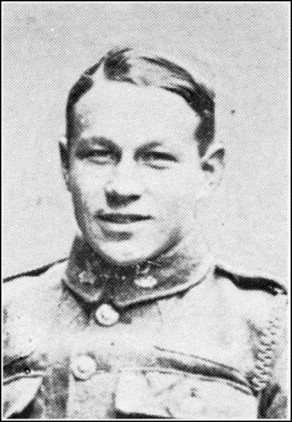 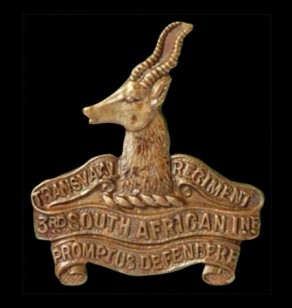 HAWES – Death of a Hawes Lady in South Africa

We regret to record the death, which occurred at Johannesburg, South Africa, on the 13th inst., of Mrs. Betsy Cockett, wife of Mr. Henry Cockett, late of Hawes. Deceased was a native of Hawes, where she was highly respected, and her many friends will deeply mourn her death. She left Hawes with her family–two sons and one daughter–six years ago to join her husband in South Africa. Her eldest son fought against the Germans throughout the recent South African campaign. Much sympathy is expressed for the family in their bereavement.

HAWES – ANOTHER HERO FALLS IN ACTION

We regret to announce the death in action of yet another Hawes hero in Pte. Harry Cockett, aged 18, South African Infantry Regiment, youngest son of Mr. Henry Cockett and the late Mrs. Cockett, of Johannesburg, South Africa, and Hawes.

Pte. Cockett left Hawes with his mother, brother and sister to join his father in South Africa seven years ago. He enlisted in the South African Infantry Regiment in February 1917, and went overseas last June, having previously spent two short leaves with his aunt, Mrs. Martland, Hawes. He was a fine stalwart lad, looking older than his years, and when England’s call to her sons resounded over the seas it found in him a ready response. Though too young then to join the Colours, he very impatiently awaited the time when he could be permitted to do so. Whilst in England, he chafed under training and was supremely happy when his call came to take his part in the great fight. Into that (to him) fatal first battle on September 20th he went with unflinching and cheerful courage and fell like a hero ‘fighting to save a world’s morality’. Another intrepid young soul, with his feet just touching the threshold of life, has ‘gone west’, another name has been added to Britain’s immortal dead, and though friends may mourn the premature closing of so bright a life, yet in the moment of death that life gained its highest crown. To these heroic lives, that ‘one crowded hour of glorious life’ was worth the sacrifices demanded, and never can the lapse of years efface the memory of the glorious deeds of those who, nobly striving, nobly fell that we might live.

The father and brother of the deceased young soldier are both fighting in Africa.

A memorial service for local soldiers fallen in the war during the past year was held in St. Margaret’s Church on Sunday. The names of the soldiers honoured were Private C.H. Jones, Private N.B. Iveson, Pte. M[H]. Cockett, Private R.T. Metcalfe, Private R. Alderson and Gunner M. Calvert. The Hawes Volunteers and Cadets under Second-Lieutenant H.A. Crallen marched to the church. The choir and clergy were preceded to the chancel by Cadet Kenneth Wilson carrying the Union Jack (draped). A special form of service was used, and the hymns ‘Rock of Ages,’ ‘Brief life is here our portion,’ and ‘On the Resurrection Morning’ were sung. The vicar, the Rev. S.D. Crawford, gave an impressive address. The Dead march was played on the organ after the sermon by Mrs. Place, and the ‘Last Post’ sounded by Mr. J. Blades.