Herbert William Varley was the son of Herbert and Emily Ann Varley, née Mason. Herbert, senior, was born at Bridlington Quay and Emily at Skipton, Yorkshire.

Herbert is commemorated in the 'City of Bradford Great War 1914-1918 Roll of Honour'. 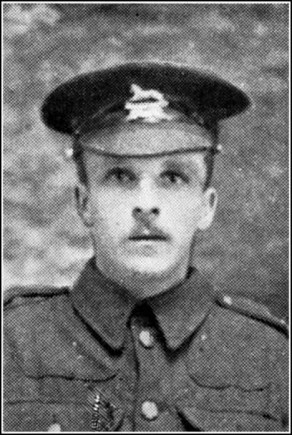 As mentioned in our columns on July 6th, Sergt. H. Varley, of the West Yorks. Regt., eldest son of Mr. Herbert Varley, formerly an architect and surveyor in Skipton, and at one time a useful member of the Skipton Urban District Council, has been killed in action. Mr. Varley, who lives at Leeds Road, Bradford, has received a letter from Lieut.-Colonel Hubert G. Carter, which states:– “Had I not been wounded myself I would have written to you before to condole with you on the death of your dear son, who is buried in St. Catherine’s Cemetery, near Arras. I knew your boy well, and we were great friends. He was – and I speak from personal knowledge and experience – a very gallant boy; a great loss to the battalion and one that I feel myself most acutely. Allow me as his C.O. to offer you my heartfelt sympathy in your great sorrow.”

Regimental Sergeant-Major H. Scott writes to say that an enemy shell killed Sergt. Varley and two other men. He adds: – “I have known your son a long time. He knew no fear in the face of the enemy. He had on several occasions been specially detailed for work which required a great deal of tact and self-control, not only for his own feelings but over the men he had charge of.”

Sergt. H. Varley was one of the first batch to join the 2nd Battalion of Pals, and a comrade writing home the other day said that the C.O. had stated that it was intended to grant him further promotion.

Sergt. Varley’s father is doing voluntary war work by assisting in the management of the Church Army Hut at the Aerodrome, Hounslow Heath, London.

Mr. Varley’s many friends in Skipton will join with us in offering sincere sympathy to the family in the loss of a brave and promising son.

We reproduce a photograph of Sergt. H. Varley, of the West Yorkshire Regiment, eldest son of Mr. Herbert Varley, formerly an architect and surveyor in Skipton. Sergt. Varley, as announced in last week’s ‘Herald’, was killed in action on the Western Front. His father is doing voluntary war work by assisting in the management of the Church Army Hut at the Aerodrome, Hounslow Heath, London W., and his mother resides at 1364, Leeds Road, Bradford.