Horace Walker was the son of William Henry and Ann Walker, née Pemberton. William was born at Derby and Ann at Codnor, Derbyshire.

A short biography of Horace is included in: ‘A Grammar School at War - The Story of Ermysted’s Grammar School during the Great War’ by Steven Howarth (2007). 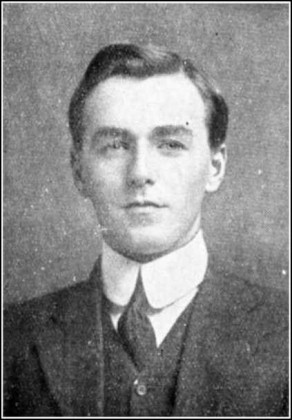 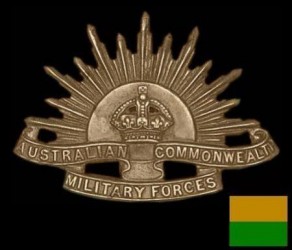 There are many people in this district who have very kindly recollections of the late Mr. W H. Walker, for many years headmaster of the Water Street Schools, Skipton, and of Mrs. Walker and their only son Horace. They will be sorry to hear that the latter has been killed in the Dardanelles, a cablegram giving the news having been received yesterday morning by Mr. James Hartley, architect, Skipton, from Mrs. Walker, who is in Bathurst. Mrs. Walker accompanied her son, who was threatened with consumption, to Australia about seven years ago. For some time prior to their removal Horace had been a clerk in the Skipton Branch of the London City and Midland Bank. They settled at Bathurst, near Sydney, and Horace went on a Government agricultural settlement to study the scientific side of land cultivation. He took keenly to the work and eventually got a Government staff appointment. Having completely recovered his health, he joined the Australian contingent shortly after the outbreak of war, and in three months was with them in the Dardanelles operations. His death must be a sad blow to a widowed mother, who has had many privations to bear for the sake of her only son, and she has the heartfelt sympathy of her many friends in Skipton and district.

The above is a photographic reproduction of Sergeant Horace Walker, son of the late Mr. W. H. Walker, for many years headmaster of the Water Street Council School, Skipton. Sergt. Walker, as reported in our columns last week, gave up his staff appointment in an agricultural college near Sydney (obtained through a Government scholarship) shortly after the outbreak of war, enlisted with the Australian contingent, and proceeded to the Dardanelles, where he was killed. The sad news came to Skipton last week in a cablegram from his mother, who lives in Bathurst, near Sydney.

At the Water Street Wesleyan Chapel [Skipton] on Sunday morning last the Rev. W.B. Smith made sympathetic reference to the death of Mrs. M. Wilson, commenting on the good work she had done in connection with the Church and the public life of the town and district.– At the evening service the rev. gentleman alluded to the death of Lance-Corporal J.W. Willan, of the 1/6 Duke of Wellington’s West Riding Regiment. He mentioned that Water Street Chapel had taken its share in the nation’s sacrifice. They had previously lost two members, namely Horace Walker and Fred Thornton, and they met that night with very mingled feelings owing to the death of Lance- Corpl. Willan. The deceased soldier heard the call and answered it. He offered everything to his country and that offering had been accepted. Apart from his patriotism there was another side to his character, and more than one Skipton lad had gone out of his way to bear testimony to the influence for good exercised by the deceased. He felt that he was acting in accordance with the wishes of the congregation in expressing deep sympathy with the relations in their sorrow.

A recent issue of the ‘Bathurst Times’ Australia, contains interesting details concerning the career of Sergt. Horace Walker, son of the late Mr. W. H. Walker, a former Headmaster of the Water Street Wesleyan School, Skipton, whose death while serving his country with the Australian contingent in Gallipoli we recorded some time ago.

Prior to leaving England on account of the state of his health, Sergt. Walker was in the employ the London City and Midland Bank. Upon arrival in Australia in 1911, Mrs. Walker and the deceased soldier went immediately to Bathurst. He entered as student at the Experiment Farm, subsequently winning the farm certificate and the ‘Daily Telegraph’ Farrer prize of £10-10s.

After two years’ study, Mr. Walker was recommended as experimentalist, which position he held at Glen Innes Farm until he enlisted, winning the good opinion of those in authority, including the Under-Secretary and Director of the Department of Agriculture who, in a letter to Mrs. Walker, referred to her son as “one of the most promising young officers on the field staff of the department.” This tribute will be appreciated by many locally who knew Sergt. Walker before he left England.

The current issue of ‘The Chronicles of Ermysted’ (the magazine of the Skipton Grammar School) contains the following reference to the death during the operations in the Dardanelles of Sergt. Horace Walker, the son of the late Mr. W.H. Walker, a former headmaster of the Water Street Schools, Skipton:– “Horace Walker, the son of a former headmaster of Water Street Schools, left Skipton for Bathurst, Australia, about seven years ago, owing to considerations of health. Eventually he obtained a staff appointment in a Government Agricultural College near Sydney. He enlisted shortly after the declaration of war, and we now learn that he was killed on September 3rd 1915 in the Dardanelles operation. Our sincerest sympathy goes out to his widowed mother in the loss of her only son, and we mourn the passing of another true son of Ermysted. He was truly an ideal of uprightness as a youth, and in answering the call proved himself a man.”

News was received yesterday by Mr. James Hartley, architect, of Skipton, that Sergeant Horace Walker, son of the late Mr. W.H. Walker, headmaster of the Water Street Wesleyan School, has been killed in action in Gallipoli. The message came by cablegram from Sergeant Walker’s mother at Bathurst, New South Wales.

Sergt. Walker emigrated, along with his mother, some seven years ago for reasons of health. He was then engaged at the Skipton branch of the London City and Midland Bank. He engaged in farming, and the healthful occupation restored him to full health and strength. He entered an agricultural college and when the war broke out he held an excellent post under the Government. After three months’ training he was sent to the Dardanelles, where he met his death. He was about 25 years old.

Sergeant H. Walker, of the Australian Contingent, son of the late W. H. Walker of Skipton, who, as reported last week, was killed in the Dardanelles.

Sergeant Horace Walker, of an Australian Regiment, and son of the late Mr. W.H. Walker, headmaster of the Water Street Wesleyan School, Skipton, killed in action in Gallipoli. He emigrated to Australia, along with his mother, some seven years ago. About 25 years old.