Ian Maclean Wilson (born 25 May 1895 and named as John Maclean Wilson on his birth certificate) was the son of Hector Maclean and Sarah O'Connell Wilson, née Wilson. Ian's father was born at Forgandenny, Perthshire and his mother at Christchurch, New Zealand.

Ian attended Gresham's School, Holt, Norfolk and is commemorated on the Roll of Honour there.

A short biography of Ian is included in: ‘A Grammar School at War - The Story of Ermysted’s Grammar School during the Great War’ by Steven Howarth (2007). 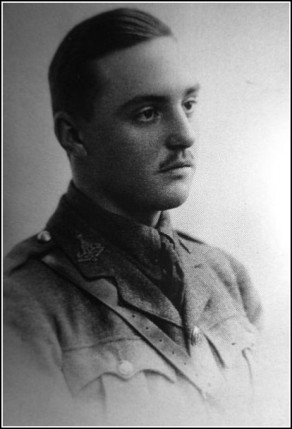 WILSON, IAN MACLEAN, Lieut., 6th (Service) Battn. Alexandra, Princess of Wales's Own (Yorkshire Regt.), only surv. s. of Hector Maclean Wilson, M. D., Chief Inspector of the West Riding Rivers Board, by his wife, Sarah O’Connell, dau. of Thomas Wilson, of Canterbury, New Zealand; b. Shrewsbury, 25 May, 1895; educ. Skipton Grammar School; Gresham’s School, Holt, co. Norfolk, and Leeds University, where he was an Engineering Student, volunteered for foreign service on the outbreak of war; was gazetted 2nd Lieut. 6th Yorkshire Regt. 26 Aug. 1914, and promoted Lieut. June, 1915; served with the Mediterranean Expeditionary Force in Gallipoli from 1 July, 1915, and was killed in action during the landing at Suvla Bay 6 Aug. following. Buried there; unm.

AUGUST 1915
Embarked for Gallipoli (6th). Strength – 25 officers, 750 other ranks. In The Green Howards in the Great War Colonel H.C. Wylly records that troops wore a white patch sewn on the corner of their haversacks, two white armbands and triangular pieces of tin cut from biscuit boxes tied to the haversacks to act as unit identification. ‘A’ and ‘B’ Companies landed ‘B’ Beach, southeast of Nibrunesi Point 11.00 p.m. and commenced attack on Lala Baba. Official History of the Great War records that the assault was the first to be made by any unit of the New Army. The attack being under conditions that would have ‘tried the mettle of highly experienced troops.’ ‘C’ Company landed and under Major Shannon advanced on Turkish positions at Nibrunesi Point. ‘D’ Company moved towards Salt Lake and set up piquet line. Under orders to use the bayonet only, ‘A’ and ‘B’ Companies advanced to top of hill in pitch dark. Official History records ‘officers and men fell thickly . . . most of the Turks scattered, but some lay low in their deep narrow trenches till the attacking troops had passed, and then sprang up to shoot them in the back.’ ‘C’ Company cleared enemy from Nibrunesi Point and then advanced on Lala Baba Hill. Colonel Wylly includes the following account by Major Shannon in his history – “On arriving at the base of Lala Baba I ordered a charge and we ran up the hill. About three-quarters of the way up we came upon a Turkish trench, very narrow and flush with the ground. We ran over this and the enemy fired into our rear, firing going on at this time from several directions. I shouted out that the Yorkshire Regiment was coming, in order to avoid running into our own people. We ran on and about twelve paces further on, as far as I can judge, came to another trench; this we also crossed and again were fired into from the rear. I ordered the company to jump back into the second trench, and we got into this, which was so narrow that it was quite impossible for one man to pass another, or even to walk up it unless he moved sideways; another difficulty was that if there were any wounded or dead men in the bottom of the trench it was impossible to avoid treading on them in passing. There was a little communication trench running from right to left behind me, and whenever I shouted an order a Turk, who appeared to be in this trench, fired at me from a distance of apparently five or ten yards. I had some difficulty in getting anybody to fire down the communication trench in order to quiet the enterprising Turk, who was endeavouring to pot me with great regularity, but eventually got him shot.” Major Shannon pressed attack on over crest of hill . . . “A little way down the reverse slope we came to some groups of men (survivors of ‘A’ and ‘B’ Companies), several of whom were lying about apparently awaiting orders, and one group on the left was ‘scrapping’ with some Turks in a trench a few yards distant from them. In response to shouting I got an answer from two directions and picked up Lieutenant Whitworth and Second-Lieutenant Simpson. These were all the officers then present. I formed such of the Battalion as could be collected into a line facing north and we charged down to the base of the hill facing the further beach – afterwards known as ‘A’ Beach.” War Diary records ‘enemy driven north-east to Hill 10. Casualties – 16 officers, approx. 250 other ranks.’ [Officers killed included Lieutenant Ian McLean Wilson.] Battalion took up outpost position on Hill 10 mid-day (7th). 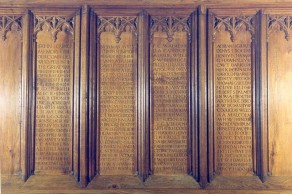 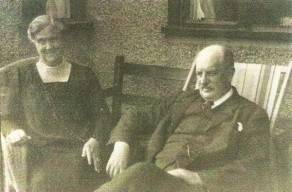 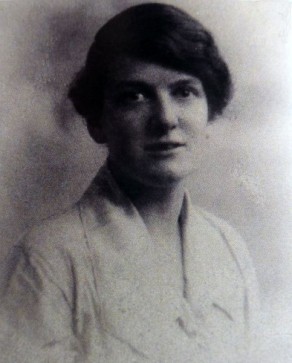 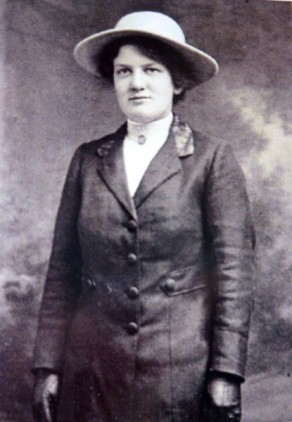 Mercy Wilson Galbraith, the half-sister of Ian Maclean Wilson as a Nanny in 1915