James Henry Milner was the son of Thomas Spensley and Sarah Milner, née Wilson. Thomas was born in Arkengarthdale, Yorkshire and Sarah in Mallerstang, Westmorland. Thomas died in 1909. In 1919 Sarah married John Blades.

The British Army Service Record for James Henry Milner exists but may be incomplete. 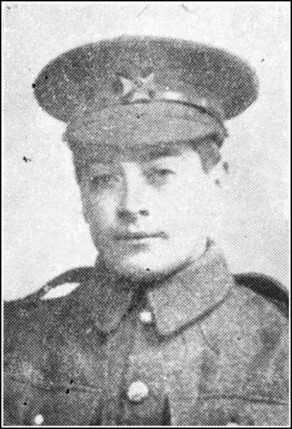 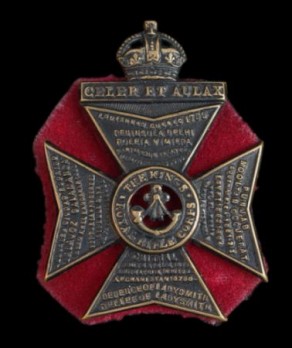 His cheery ways, his smiling face,
Are a pleasure to recall;
He had a kindly word for each
And died beloved by all.
A loving son, true and kind
He proved to us in heart and mind.
But the unknown grave is the bitterest blow,
None but aching hearts doth know.

From his Aunt V. Metcalfe.

Rifleman James Henry Milner, King’s Royal Rifles, aged 20, the youngest son of the late Mr. T. Milner, and Mrs. Milner, Hawes Junction, was killed in action in France on the 15th September. His brother, Rifleman Mark Milner, is also wounded and in hospital.

These two lads were the only sons of a widowed mother, and were the best of sons, being always steady and industrious. They joined the colours last January within a day or two of each other, were both in the same regiment, went together to France last May and also went together into the fight in which one was wounded, and the other made the great sacrifice. The greatest sympathy is felt for Mrs. Milner in her great sorrow. The following letter has been received by Mrs. Milner from the officer commanding her son’s company:– “Dear Madam, It is my duty to inform you of news with reference to your two brave sons; Mark, you will no doubt have already heard, is wounded and in hospital; the other, James, who was reported missing, is now officially reported killed. In giving you this news, I can assure you that it is very painful to me, because not only were they both good soldiers, but really good lads. They were both very popular amongst the other lads in the Company, and I can assure you they are both missed very much. I am looking forward to Mark recovering speedily and I hope he will soon be home to comfort you a little. From news we now have, it appears that James was killed instantaneously, and suffered no pain whatever. My sympathies are with you, and in concluding this letter I may say that you have every reason to be proud of your two brave sons.”

As dawn crept over the trenches
You fell midst shot and shell;
Our only grief we were not there
To bid you last farewell.

But the hardest part has yet to come
When the heroes do return,
And we miss amongst the cheering crowd
Our son we loved so well.

Sadly missed by Mother, Sisters and Brother in Ireland.

There is a link that death cannot sever,
For love is a chain that binds forever.

From his Aunt, Ebor House, Hawes.

Remembered at home by his loved ones.

For him our hearts do yearn,
His soul is far above us;
He is a soldier who will never return,
But he will reap his reward in Heaven.
When his name is on the roll
For his country his life he has given,
And Christ has received his soul.

Ever remembered by his loving Mother, Sisters and Brother.

Sleep on, dear Jim, In a foreign grave,
A grave we may never see;
But as long as life and memory lasts
We will ever remember thee.

Ever remembered by his loving Aunt, Ebor House, Hawes.

May the heavenly winds blow softly,
O’er that sweet and hallowed spot;
Though the sea divides your grave from us
You will never be forgot.
Now you are sleeping your last long sleep
In a grave we may never see;
But some gentle hand in that distant land
May scatter some flowers for us.

Ever remembered by his loving Mother, Sisters and Brother.

Far away from all who loved him,
They laid him down to rest.
In a far off grave he is sleeping –
One of England’s best.

Ever remembered by his loving Aunt, Ebor House, Hawes.