James Mason was the son of Edward and Margaret Mason, née Shaw. Both parents were born at Dent, Yorkshire.

The British Army Service Record for James Mason exists but may be incomplete. [James joined the Army in 1896.] 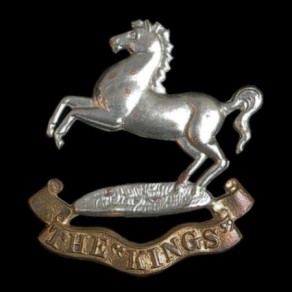 MASON, Pte. James. King’s Liverpool Regt., has been killed in action. He was the fourth son of the late Mr. Edward Mason, of Howgill. He joined the army about 20 years ago, and has seen much active service. He was shut up in Ladysmith, and afterwards saw much fighting during the Boer War. At the battle of Mons he was severely wounded, and on recovery he was drafted to his old regiment. Pte. Mason, who was 39 years of age, leaves one sister, Mrs. Slinger, Newbiggin, and five brothers.

On Sunday afternoon a memorial service was held in the Parish Church for men from Howgill who have fallen in the war: Pte. James Mason, Pte. Miles Capstick, Pte. Henry Wilson, and Sec.-Lieut. Oswald Whaley, son of the late vicar of Howgill. There was a large congregation. The service consisted of part of the ordinary evening service, part of the burial service, special prayers and sermon, which the vicar ended by saying that “whilst we all sympathise with those who have lost their dear ones, we are all proud of our heroes.” At the close of the service the organist played the Dead March.