James Percy Henderson (born 19 May 1886) was the son of Alexander and Martha Hannah Henderson, née Shackleton. Alexander was born at Thornton near Bradford and Martha at Keighley, Yorkshire. 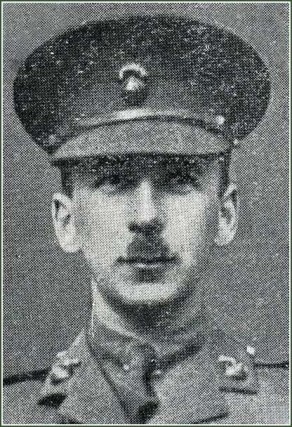 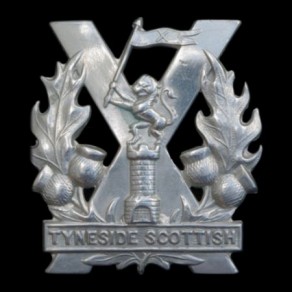 James P. Henderson was a pupil from September, 1900, to July, 1904. He had a successful career as a student and obtained the Senior Oxford Local Certificate when he was in the Sixth Form. After leaving School he assisted his grandfather, Mr. Shackleton, who was well known not only in Keighley but further afield for his cures by Hydropathic treatment. He afterwards entered the services of the “Saxone” Shoe Company and was with them until he entered the Army at the outbreak of War. It was his experience to go through much severe fighting, and he was wounded in July, 1916, in France. After a short period in hospital, he returned to his unit and was promoted to the rank of Sergeant. He was offered a Commission and returned to train at Bristol Cadet School. After being gazetted, he went out again to France in August, 1917, and was placed with the “Tyneside Scottish.” He took part in many bombing raids on the German trenches and it was in one of these that he was killed on September 10th, 1917.

James P. Henderson was very proud of his Old School and never missed calling to see us when he was on leave. He was a modest, unassuming young Officer who had the respect of his men, but every one who knew him was aware that beneath the quiet demeanour there was the stern resolution which enabled him to lead his men into the hottest corners of the fighting even though it might result as, unfortunately, it ultimately did result in his own death.