James Wade (born 5 March 1885) was the son of Robert and Louisa Wade, née Clarkson. Both parents were born at Silsden, Yorkshire.

James was married to Lena Jackson in 1910. 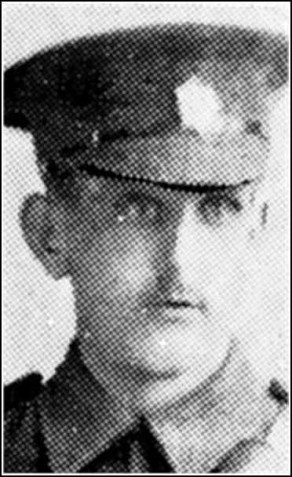 On Tuesday, May 7th, a telegram stating that her husband, Wheeler James Wade, A.S.C., serving with the Salonika Forces, was lying seriously ill with acute internal obstruction, prepared Mrs. Wade for worse news to follow. On Saturday afternoon another telegram received stated that her husband had succumbed on the previous Tuesday. The deceased was a native of Silsden, and a son of Mr. Robert Wade, joiner, Silsden, was well known in the district, and had resided at Murton Villas, Steeton, for nearly eight years. Formerly in business as joiner and contractor, Wheeler Wade enlisted in June 1915, going to Salonika in September 1916. His last correspondence, dated April 20th, stated that he was in good health, but he passed away as stated, and is the 40th Steeton soldier to make the supreme sacrifice. Much sympathy has been expressed towards his wife and young daughter.

Mrs. James Wade, Murton Grove, Steeton, received word by telegram on Saturday morning from Salonika that her husband, Wheeler James Wade, A.S.C. had died of an acute internal complaint. Wheeler Wade, who was 33 years of age, leaves a wife and one child. He joined the army in June, 1915, and had been out in Salonika for about two years and nine months. Previous to joining the army he was in business with his father, Mr. R. Wade, joiner, Silsden.

A service in memory of Pte. Chas. Pollard, who was killed in action on April 13th; Bombadier Willie Spencer, who died of wounds on May 8th; and James Wade, who died in Salonica on May 3rd following an operation, was held at the Silsden Primitive Methodist Church on Sunday morning last, and was conducted by Rev. Wm. Dickinson (pastor). Appropriate hymns were sung, and at the close of the service the organist (Mr. James Peace) played the ‘Dead march’ in ‘Saul.’ Mr. Dickinson took as his text “The Lord gave and the Lord hath taken away, blessed be the name of the Lord” and the Prince of Righteousness. To the parents, wives, children, relatives, and loved ones they extended their deepest sympathy and said that their young men had all gone forth with one great purpose, makin war upon war that war might be ended and that Christ might be supreme as the King of Peace in this their hour of trial. Mr. Dickinson also read out a list of the young men connected with the church and Sunday-school, who had made the supreme sacrifice, the congregation standing meanwhile.