Photograph: ‘The Keighlian’ the School Magazine of Keighley Boys’ Grammar School. (Courtesy of kbgs.com). Kindly supplied by the 'The Men of Worth Project' website: https://www.menofworth.org.uk 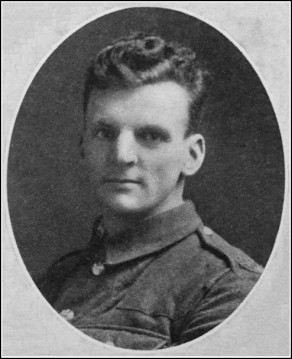 Additional Information: Son of Ellen Robinson, of 25, Barlow Terrace, Keighley, and the late R. A. Robinson.

AUGUST 1915
Attack on Ismail Oglu Tepe (21st). Official History of the Gallipoli Campaign records that the Battalion, with 9th West Yorkshire, were hurried forward to capture first objective, but they swung left-handed. Ending up in position north of Hetman Chair. An attempt was then made to assault a communication trench, but this turned out to be a heavily defended fire trench. ‘The enemy’s resistance could not be overcome; and the troops fell back towards the southern slopes of Green Hill.’ War Diary records ‘high casualties.’

[John Edmund Robinson was killed in this attack.]

A SILSDEN SOLDIER IN THE DARDANELLES – INTERESTING LETTER FROM SUVLA BAY

Sergeant Fred Smith, of the 8th West Riding Regiment, who was formerly employed at the Silsden Dye Works, and whose home is at present in Bradford, writing to a friend at Silsden from the Dardanelles, says:– “What an age it seems since I saw you and what a host of experiences I have had since then. It is really wonderful to realise that I have come through it all and am still alive and well. We were a portion of the Army that effected a new landing at Suvla Bay about which you have no doubt heard so much. For nearly three weeks after landing it was simply one daily round of slaughter; talk about carrying fire and sword into the enemy’s country – my word, that has been the case here.

“One shudders to think how many thousands of good lads have gone to their last account within sight of where we are; but still one has no time to ponder over these things, and it is the fortune of war. Our progress since then has been rather slow; we have been consolidating our positions. We have lost most heavily during the operations, but that is not a matter for surprise. When you come to consider the difficult nature of the country, amid the terrific resistance of the Turks, you do not wonder.”

“The Turks are not cowards by any means, and their snipers especially are very clever indeed. During the last attack in which we took part I lost a young fellow named Gill, of Silsden. I think he lived in John’s Square, near the Dye Works. I had all the addresses and next of kin of my platoon, but unfortunately have lost them or should have written to some of the relatives of my fellows who have gone under. Referring to Gill, we were advancing under fire and I was leading the platoon, and before we got the order to extend, Gill, whom I had placed in charge of the leading section, was just behind me. When we got about 1,000 yards off the enemy we extended and advanced a little later by short sharp rushes, taking what cover we could, until we were about 250 yards away. Then, on account of the terrific fire that poured into us, we sheltered behind a low ridge for a short time. When the fire had abated somewhat our Captain gave the order to advance, and the Sergeant in charge of the next platoon and myself jumped up and called to our respective platoons to advance.

“That was the signal for another terrible burst of musketry and machine gun fire from the Turks. The Sergeant on my left – Sergeant John Robinson, of Keighley – immediately fell dead with a bullet through his throat, although I did not know until an hour afterwards. A few yards further on a Captain fell badly wounded; now I was left with a couple of platoons. Anyway about half of us crossed a large open area in front and opened fire from another ridge, and I did not see Gill again, so concluded that he fell during the last rush. Whatever his fate he was a good soldier and did his duty well.

“We are now in reserve whilst being re-enforced from England, and are in dug-outs near the beach. We get shelled several times a day with varying luck. I was unlucky enough to get a bullet through the fleshy part of the back of my neck about six weeks’ ago, fortunately just missing the skull. It is now all right after five weeks’ dressing, and I discarded the bandages last week. I did not go into hospital for we were so short of N.C.O.’s, and I was able to keep to duty without much inconvenience, so you won’t have seen my name in the casualty list.

“We were in the trenches on Chocolate Hill at the time, and I and another Sergeant were sent in charge of fifty men to a detach post at the foot of the hill. We had to occupy it for four days, and it was on the morning of the second day that I got the above ‘kind remembrance ‘ from our friends, the enemy. Sometimes I have managed to get the local papers out here, which I read with great interest I can assure you, as the letters and papers we receive are the only things which remind us of civilisation. It is an awful country this, the ground is parched and hard as rock, and everything is dried up. You don’t see any cool green grass and nice country lanes here like there are at Silsden, and we shall all appreciate the end of the war and the consequent return to dear old England.

“I never loved the old country so much as I do now, and I could positively welcome a dirty Manchester fog followed by a heavy downpour of rain as a distraction from this eternal glare of the sun. You would hardly know the majority of us now, lean, bronzed and dirty as we are. What pleasant memories of the past crop up sometimes. I remember one particular time, whilst in the firing line, we had had nothing only half rations of bully beef and hard biscuits and could not get enough water to drink, and what we could get we had to crawl in many cases half a mile and then find it muddy. When night came on and it got cooler we used to get desperately hungry, and for my part I could think of hardly anything else except the pleasant meals I used to have with you at the close of a day’s work, and the comfortable feeling that comes to one on changing into slippers, and sitting by the fire side in a cosy chair. The longing for something pleasant to eat and drink is sometimes painful. It is all part of the game though, and we must not grumble.

“Everything here seems stagnant; even the birds are quiet. Yesterday was the first time I heard a bird sing, and there is either another or the same one singing now. It is something like the English lark, only not so sweet. We have a fine view of Suvla Bay from here in which are warships of all descriptions as well as transporters and food ships. It is rather interesting also at night to see the hospital ships lit up with long rows of green lights with a red cross in the centre of all, and to see the flashes of the guns from the battleships and the answering flashes from the Turkish Artillery stationed on the hills about four miles away. In addition there are searchlights playing about and star shells lighting up the country. Sergeant Cadman, of Keighley, was wounded early in the fighting and is now convalescent at Imbros, and may join us at any time now.”