John Gill Lowcock was the son of Annie Brayshaw Lowcock, daughter of Walter and Emilie Auguste Lowcock, née Knoblauch. Annie was born at Manningham near Bradford, Yorkshire. Her mother, Emilie, was born at Dresden, Saxony, Germany, c. 1840. Annie married Albert Gill, who was probably John's father, in 1891. Albert was born at Burley-in-Wharfedale.

John was married to Margaret McDonald in 1913.

The British Army Service Record for John Gill Lowcock exists but may be incomplete.

The entry for John Gill Lowcock is duplicated in the CPGW book on page 379 where he is named as Private John Gill, Yorks & Lancs. Regt. 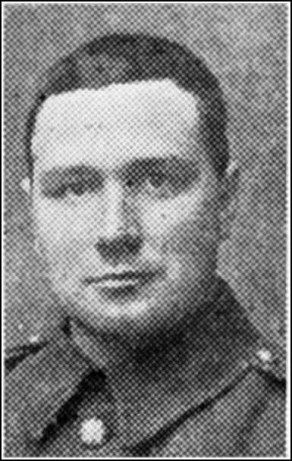 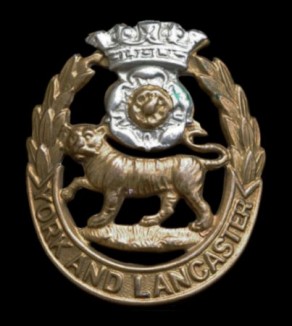 Official information has been received by Mrs. Lowcock, of 38 Rowland Street, Skipton, of the death in action of her husband, Private John Gill Lowcock, of the Yorks. and Lancs. Regiment, on the 13th October last. Twenty-eight years of age, deceased entered the Army on the 31st July 1916, being posted to the Northumberland Fusiliers, but for some time had been attached to the Yorks. and Lancs. Regiment. Prior to enlisting he was employed by Messrs. Hartley, Union Shed, as a piece looker, and was a member of the
Liberal Club. The following letter has been received by his widow:– “It is with deep regret that I have to announce to you the death of your husband, Private Lowcock, who was killed in action with his battalion on October 13th. The sympathy of the entire platoon goes out to you in your bereavement, as he was a great favourite both with the officers of his company, and also with his comrades in the platoon, by whom he will be greatly missed. I trust that time will heal the blow which has fallen upon you, and that the end attained will be worthy of the sacrifice which you have been called upon to make. With deepest sympathy I remain, yours sincerely, W. H. Fowler, 2nd Lieut., ‘D’ Company.”

Mrs. Lowcock, of Skipton, has been officially informed of the death in action on October 13th, of her husband, Pte. John Gill Lowcock, of the York and Lancaster Regiment. Pte. Lowcock, who was 28 years of age, enlisted in July, 1916, in the Northumberland Fusiliers, but for some time he had been attached to the York and Lancasters. He was formerly employed as a piecelooker at Messrs. Hartleys, Union Shed, Skipton, and was a member of the Liberal Club.