The British Army Service Record for John Thomas Leeming exists but may be incomplete.

John was wounded whilst serving with the 2nd Bn Duke of Wellington's (West Riding Regiment) on the 26 October 1916. When he returned to France he served with the 2/6th Bn then the 2/7th Bn and finally with the 5th Bn. 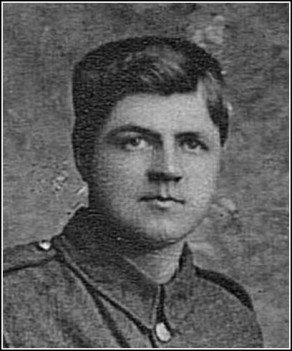 No mother’s care did him attend,
Nor o’er him did a father bend:
No sister by to shed a tear,
Nor brother by, his words to hear.

He proudly answered his country’s call,
And gave his life for one and all;
His heart was good, his spirit brave,
His resting place a soldiers grave.

LEEMING – In loving memory of Private John Thomas Leeming, of West Bradford, fallen in action on the 22nd July, 1918.

We pictured his safe returning,
We longed to clasp his hand,
But God has postponed the meeting
Till we meet in the Better Land.

Christ shall clasp the broken chain
Closer when we meet again.

From his fiancée, Elsie, and Mr. and Mrs. Attwood and Family, 9, Newton St., Clitheroe.

West Bradford has lost one of its brightest and most popular young men by the death in action of Private John T. Leeming, Duke of Wellington’s West Riding Regt. The parents who live at Millstones Cottages, have been in a state of suspense for more than five weeks, and sad the news came as a great shock. The information, which was of an official character, states that Private Leeming met his death during the night of July 22nd. Joining the Army in January, 1916, he went to France the following May, and returned to England in October, 1917 wounded in the knee. A weaver at Messrs. Holgate and Sons’ mill, he was also associated with the U.M.C. Sunday School as a teacher, and the Reading Room. Private Leeming had been expected home on leave for this past three months. The sympathy of the villagers is given to his parents and family in their grief.

The small operation ordered for the 22nd July was far from easy. It is one thing to attack an area where the enemy’s defences can be seen, but quite another thing to advance through thick, almost impenetrable woods, against an unseen foe. The Bois du Petit Champ was known to be sheltering enemy machine-gun nests as well as considerable numbers of the enemy; as a test of courage, therefore, the intended attack was severe.

The plan of attack, as given in the diary of 5th Battalion Duke of Wellington’s Regt., is thus described:–“The Battalion received orders to capture the Bois du Petit Champ, part of the Bois du Rheims, as far west as the track between Courmas and Chaumuzy–the idea of the attack being for A and D Companies to advance along the north, and for B and C Companies along the south, limits of the objective, on a one-platoon front of 50 yards. The leading platoons to endeavour to push forward to the furthest limit of the objective, one platoon to dropped from the rear of the attacking columns at distances of 30 metres. These platoons to form strong points capable of all round defence. After the strong points had been established by platoons, the latter to send out section patrols to search the wood for any enemy posts or personnel between themselves and adjoining posts.”

It will thus be seen that the attack was to take place on a narrow front along, and just inside, the two edges (northern and southern) of the Wood.

The attack was to be supported by an artillery barrage of all available 18-pounders and French 75’s, creeping at the rate of 100 yards every ten minutes till clear of the final objective. The “Heavies” were to bombard selected areas, and machine-gun fire was to be maintained on the southern slopes of the hill and south of it. French machine guns covered the northern slopes of the hill.

For sheer excitement and deadly danger this attack was probably unequalled by any operation in which the 5th Duke of Wellington’s had hitherto taken part.

By 11-30 a.m. the attacking troops were in position–A and D Companies on the right, B and C on the left. At “Zero” the barrage came down 250 yards in front of the existing front line for 10 minutes and remained stationary. The barrage lifted, and then began an extraordinary man-hunt in the depths of a forest.

A Company was the first to draw covert and had hardly set foot in the wood when opposition was met with. It was, however, soon overcome and the first prisoners taken. Advancing cautiously, the Company pressed on and had got 250 yards into the wood when, suddenly, it bumped up against a strong point, held by a party of twenty Germans, with four machine-guns. Then ensued a desperate struggle, but here again resistance was broken down and the garrison and the machine-gun posts were captured. Again, A Company pushed on through the thick trees and undergrowth and a further 200 yards had been covered when another strong point made itself evident by a sudden burst of machine-gun and rifle fire. But this second post shared the same fate as the first and six more machine-guns and a party of from thirty to thirty-five Germans were added to the list of captures. D Company had taken a hand in this capture, for A had become weakened by casualties.

The two Companies (A and D) now pressed on together. Yet another 300 yards were traversed, during which isolated machine-gun nests, mostly consisting of single guns and a small crew, were captured, when a volume of very heavy fire came from a strong point about the centre of the wood. It was so skilfully hidden that the “Dukes” were unable to locate it and a halt was called. But still it was impossible to determine the position of the post. A retirement was then ordered and the two Companies fell back 300 yards and consolidated their positions in a series of posts from the northern to about the centre edge of the wood. Two platoons of the 1/5th Devons, who had been sent up by 186th Infantry Brigade Headquarters, helped to consolidate the positions. The two Companies now sent out patrols to gain touch with the two Companies (B and C) operating on the southern edge of the wood.

C and D Companies (going forward in that order) had encountered opposition ere ever they reached the wood. A strong point, about 50 yards from the point of assembly, just inside the forest, opened fire as the men advanced and, for a while, the Duke’s were held up. The rear company (B) however, joined in the attack and by an encircling movement from both flanks, the strong point was captured and the garrison of fifty Germans and eight machine-guns were taken. At the southern edge of the wood a series of five enemy strong points were next met, but these were all quickly dealt with and the garrisons and machine-guns captured. These strong points yielded about twenty machine-guns and eighty prisoners. C Company finally reached its objective at the north-west edge of the wood, having suffered severely on the way, though several small isolated posts were taken en route. The Company had, however, hardly set to work to consolidate the ground gained, when a strong enemy counter-attack was launched from the north. The enemy threatened envelopment and the gallant Duke’s fought hard to prevent him closing in on the forward post. But eventually, C Company was surrounded and the most forward post, held by Second-Lieut. Storry, fell into the hands of the enemy. Hard and bitter fighting ensued. With fixed bayonets, the Germans charged the two remaining posts of the Company. A Lewis gun was brought into action and the enemy was bloodily repulsed. For a little while he retired, obviously shaken. Presently, however, he came on again, using stick bombs freely and got so close and was in such superiority in numbers, that the position became untenable. With fine courage, Capt. J. B. Cockhill withdrew his few remaining men to a shell hole in the open, on the southern edge of the wood. Here the gallant survivors were not only subjected to a heavy rifle and machine-gun fire from the wood but from the valley at Cuitron. To make matters worse, a shell burst in the shell hole, putting the Lewis gun out of action. It was hard luck, but there was no other course open, but to retire still further, in a westerly direction, followed closely by the enemy. At length, after a running fight, two officers and six other ranks reach B Company’s posts and the enemy, evidently contented, gave up the pursuit.

Meanwhile B Company had made a strong point about 700 yards in the wood away from the jumping-off point and, assisted by a Company of the 1/5th Devons, consolidated a line from the southern edge of the forest. The post was placed here in order to meet A and D Companies, who eventually gained touch with B and the remnants of C Company. The new line was consolidated at nightfall and held by the Battalion with the assistance of the 1/5th Devons.

The day’s fighting had been costly. Colonel Walker’s Battalion had lost five officers and 150 N.C.O.’s and men, but had captured two officers and 206 other ranks, all belonging to the 53rd Prussian Regt.: forty-one machine-guns were also taken. The enemy stated that the attack was a surprise, a relief having taken place only an hour before “Zero.” The Germans had been holding the wood with two Battalions and a third Battalion was in close support… 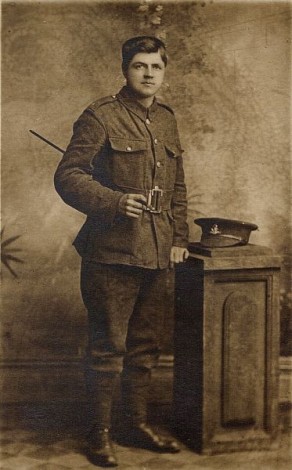 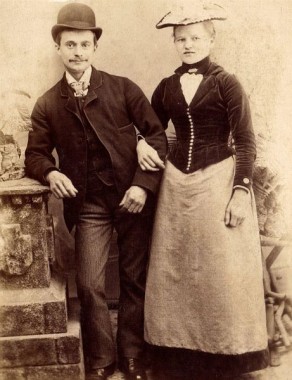 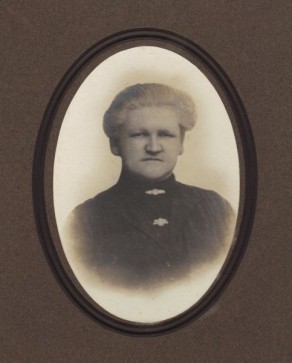 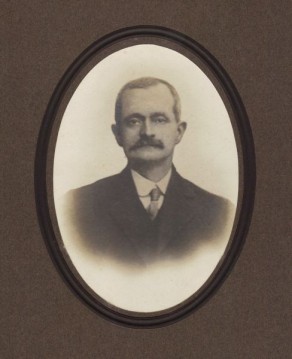 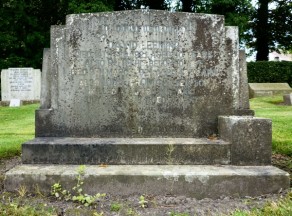