Joseph Richardson was the son of Joseph and Mary Richardson, née Metcalfe. Joseph, senior, was born at Allenheads, Northumberland and Mary at Stalling Busk, Yorkshire.

Joseph was married to Martha E. Kershaw in 1911. 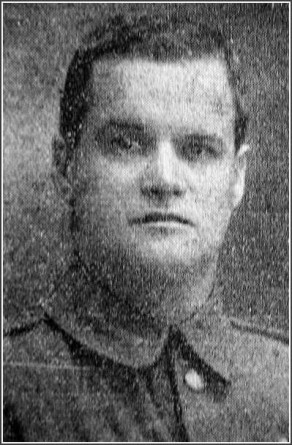 Yesterday morning Mrs. Richardson, of 9, Cedar-street, received official notification that her husband, Sergt.-Major Joseph Richardson, of the 7th Batt. East Lancashire Regt., died of wounds on July 8th. Sergt.-Major Richardson, who was 33 years of age, had done 18 years’ service with the Army. He enlisted when he was16 years old, and finished his time with the Regulars four years ago. He was called up as a reservist. He was in business as a coal dealer, and was very well-known and greatly liked in the Fulledge district. He was connected with St. Catherine’s Church. Mrs. Richardson is left with one son.

Second-Lieut. W.H. Tomlinson, writing for the officers, N.C.O.’s and men of “D” Company, says:–“I am writing to tell you how very sorry the officers and men of “D” Company were when they heard that your husband had died of the wounds he had received whilst fighting alongside of them. By his death we have lost a most gallant sergeant-major, a man of energy and great determination, such as is very difficult to replace. The work he did revealed itself in the company, and I know how proud he would have been to know that his lads carried out the most difficult piece of work that was allotted to them, and did it well. His captain was also wounded, and so is at present unable to write, but I know of the great attachment they had for each other, and the news of Sergt.-Major Richardson’s death will come as a great blow to his captain.”