Nicholas Holden was the son of James and Sophia Holden, née Hill. James was born at Darwen, Lancashire and Sophia at Plump Hill, Gloucestershire.

The British Army Service Record for Nicholas Holden exists but may be incomplete. [Nicholas died at the General Hospital, Colchester, Essex, of acute tubercle lung.] 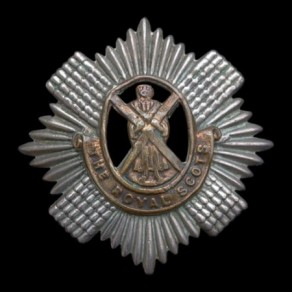 The news was received at Grindleton last week-end of the death of Private Nicholas Holden, of Rocking Castle, which occurred at Colchester Hospital, on Friday. Holden, who was 26 years of age, was only married about two years ago, responded to the call about five weeks ago, being attached to the Duke of Wellington’s (W.R.) Regiment. While training he contracted cold and complications set in, from which he died.

The remains of Private Holden were conveyed to his home, Rocking Castle, Grindleton, on Monday night, and the interment took place at the Parish Church on Wednesday afternoon. Although there were no military representatives present, a large concourse of people assembled at the Church, the mills having stopped for a portion of the afternoon. The cottagers, en route from the home to the Church had drawn the blinds as a last respect to the dead patriot, and as an expression of sympathy to the young widow and bereaved parents. The Rev. F.G. Ackerley conducted the service, and the choir attended, at the graveside chanting the Nunc Dimittis. Among the many wreaths were one from the widow; father and mother; Grindleton Mill; and from the masters and Employees of Greendale Mill “with deepest sympathy and a tribute of respect and esteem from those among whom he worked until his country’s call; he answered; he hath done what he could.

NICHOLAS HOLDEN, son of James and Sophia nee Hill married 1889 Blackburn.
Husband of Clara Jane nee Wrigley married 10-6-1914, St. Ambrose, Grindleton. Was born at Darwen, his residence in Grindleton was only of short duration, as in the 1911 census his family were still living in Darwen; he enlisted at Clitheroe. He died whilst still in training from a cold and a tubular lung at the General Hospital in Colchester. Previous to enlisting he had worked at Greendale Mill in the village. 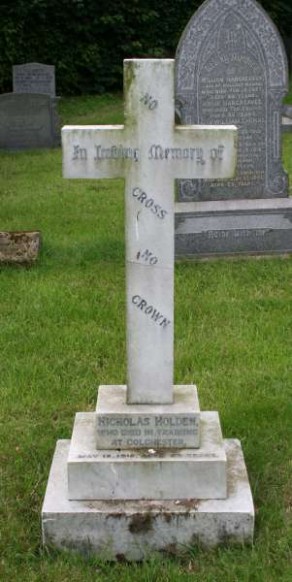