Ambrose Pearson McKend was the son of William and Betsy McKend, née Swanston. William was born at Dornock near Annan, Dumfiesshire and Betsy at Wilton, Hawick, Roxburghshire, Scotland.

The British Army Pension Record for Ambrose Pearson McKend (15089) exists but may be incomplete. Ambrose joined the 9th (Sevice) Bn Duke of Wellington's (West Riding Regiment) but was discharged with chronic pulmonary tuberculosis on the 26 February 1915.

A short biography of Pearson is included in: ‘In Love, In Gratitude, In Remembrance - Remembering the Men & Women of Slaidburn, Newton in Bowland, Dunsop Bridge, Dale Head & Tosside’ by Margaret Brenchley (2018). 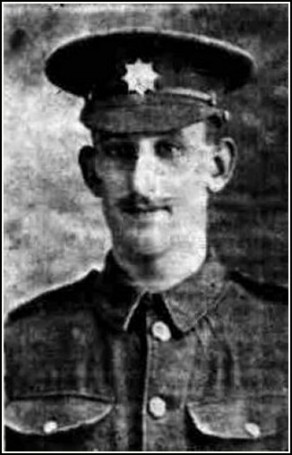 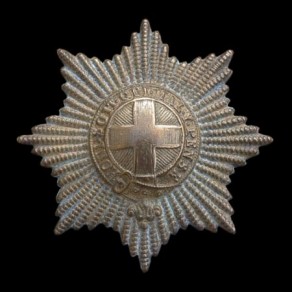 The sympathy of all in the Whitewell district will go out to Mr. and Mrs. W. McKend, of Hareden, in the loss of their only son, Private Pearce McKend, who died on July 6th, from wounds received the previous day. The injuries were inflicted by a shell, both thighs being hit.

Following is a copy of a letter from a chaplain, containing the sad news:

“I am very sorry to inform you of the death of your son, Private P. McKend. He was wounded on July 5th, and admitted to the hospital at 12-30, suffering from shell wounds in both legs, and I can assure you that everything was done that could be done to save his life by the best skilled doctors and nurses, but all in vain. I attended him regularly and was with him when he died. His last words were: “Give my father and mother my love, and tell them not to trouble about me.” Then he gradually weakened, and passed away at 8-15 a.m., July 6th, and I conveyed his body to the grave the following day.”

Private McKend joined the Coldstream Guards in December, 1915, and went out to France ten months ago. He was only 22 years of age, and his frank and unarming disposition won him a host of friends. His father is head keeper to Lord Crawshaw.

The news was sad, the blow was hard:
God’s will – it must be done;
With manly heart, he did his part,
Our own beloved son.

He fell at his post, like a hero brave;
He answered his country’s call;
He sleeps far away in a soldiers grave,
For his country he did fall.

Fondly we loved him, he is dear to us still,
But in grief we must bend to God’s holy will.

McKend – In ever affectionate memory of our dear brother, Private Pearson McKend, Coldstream Guards, who died of wounds, July 6th, 1917, aged 22 years, and was interred at Mendingham Cemetery.

“Died of Wounds!” We dread the words,
Yet, stay one moment and see
If into this tragic sorrow
One glimmer of light there be.

He died in the midst of his duty –
Young, beautiful, and brave:
Like Christ, he thought first of others,
And himself he could not save.

From his loving brother and sister, Fred and Selina Phillips.

Our sorrow was great, our loss hard to bear –
God knows we have lost a dear brother’s care:
We mourn him and miss him in silence unseen,
And dwell on sweet memories of days that have been.

From his loving brother and sister, Jack and Peggy Winder.