Eva’s father, Joseph Malone (born Eccles, Manchester, Lancashire, 11 January 1833), was awarded the Victoria Cross in the Crimean War (1853-1856). The medal was won on the 25 October 1954 during the Battle of Balaklava (the Charge of the Light Brigade). 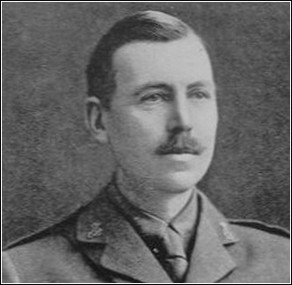 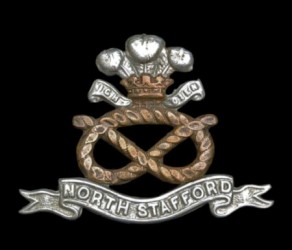 Second Lieutenant Robert Percy Harker, of the North Staffordshire Regiment, who was killed on March 20th near Chapelle d’Armentieres, was the third son of the late Mr. William Harker of Harefield, Pateley Bridge, at one time Liberal Member for the Ripon Division and for many years chairman of the Bradford Banking Company. Lieutenant Harker was educated at Charterhouse, and in September went out to France as a private in the Honourable Artillery Company, in which he served at the front for some months. His colonel recommended him for a commission and he was gazetted to the North Staffordshire Regiment. He was a widower and leaves one son.

Second Lieutenant Robert Percy Harker, North Staffordshire Regiment, killed in action in France on March 20th. He was the third son of the late Mr. Wm. Harker of Harefield, Pateley Bridge. He was a widower and left one son.