Rudolph Cecil Hopkinson (born 10 July 1891) was the son of John and Evelyn Hopkinson, née Oldenbourg and brother of Colonel Bertram Hopkinson (q.v.). Their father was born at Manchester, Lancashire and mother at Leeds, Yorkshire. Rudolph was related to Lieutenant Henry Brian Fisher (q.v.) and to Gladys Dewhurst the wife of Major Atholl Murray-MacGregor (q.v.). 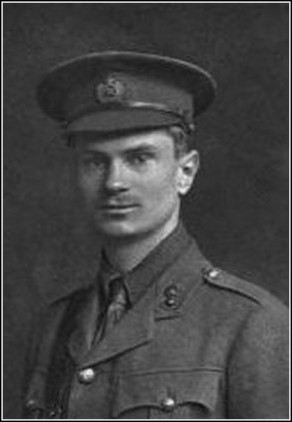 HOPKINSON, RUDOLPH CECIL, Lieut., 35th Brigade, 12th Coy., R.E., 3rd and yst. s. of the late John Hopkinson, F.R.S., M.A., by his wife, Evelyn (Ellerlie, Adams Road, Cambridge), dau. of Gustave Oldenbourg; b. Wimbledon, co. Surrey, 10 July, 1891; educ. St. Paul’s School, London (Scholar), and Trinity College, Cambridge (Exhibitioner), where he obtained a First Class in the Mechanical Science Tripos in 1913, subsequently becoming an Engineer, when he entered Sir Charles Parsons’ works at Newcastle; applied for a commission on the outbreak of war; was gazetted 2nd Lieut. R.E. 1 Sept. 1914, and promoted Lieut. July, 1915; served with the Expeditionary Force in France and Flanders from April, 1915, and died at his home in Cambridge 9 Feb. 1917, from wounds received in action at Loos 24 Nov. 1915. His Brigadier-General wrote to him in March, 1916: “I shall hope soon to hear that you are quite recovered, and able to return to the front, as from all I can see we could do with a good many able signal officers like yourself,” and his corporal wrote to his mother: “It was at his instigation that it was decided at Ploegsteert to furnish the necessary cable for a complete buried metallic return system of communication. The system was eventually adopted on the whole of the British front. He was there long enough to see the work of his own brigade area finished and in splendid working order, and when he handed it over to the Canadians I don’t think I exaggerate when I say there was nothing as good on the whole of the British front. The Canadians said they had seen nothing to equal it.” He was mentioned in Despatches (London Gazette, 15 June, 1916) by General (now F.M.) Sir Douglas Haig, for gallant and distinguished service in the field. While at Cambridge he rowed in the First Trinity II. boat in the Lent races from 1911 to 1913, and for the First Trinity III. of 1911; was an excellent sailor and skier, winning in Jan. 1911, the first of the annual competitions in Switzerland for the Roberts of Kandahar Challenge Cup; unm. 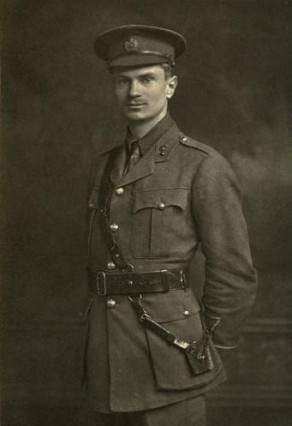 Major Bertram Hopkinson, C.M.G., F.R.S., was killed on August 26th in a flying accident near London. He had been Professor of Mechanism and Applied Mechanics at Cambridge since 1903, and was a Professorial Fellow of King’s. He was the eldest and last surviving son of the late Dr. J. Hopkinson, F.R.S., the engineer and physicist, who was a nephew of the late Mr. J.B. Dewhurst, and cousin of Mr. Algernon Dewhurst J.P., of Aireville, Skipton. A brother of Major Bertram Hopkinson (Lieut. Cecil Hopkinson) died of wounds recently.

The death of Major Hopkinson recalls the tragic Alpine accident of twenty years ago, when. on August 27th, 1898, Dr. John Hopkinson, father of the deceased officer, with another son, Jack, and two daughters, Alice and Lina, were killed, and the new wing of the Engineering School at Cambridge University was erected to their memory. There is now only one daughter left of the family, namely Lady Ewing, wife of Prof. Ewing.

Major Bertram Hopkinson was born in January, 1874. He was educated at St. Paul’s School and Trinity, Cambridge, where, owing to illness, he was forced to take an acgrotat degree in the Mathematical Tripos, Part I., 1895; but in 1896 he was placed in the first class, Division I., of the Second Part. He was called to the Bar in 1897. On his father’s death, however, in the following year, in the Alpine accident already referred to, Major Hopkinson started in business as a consulting engineer in partnership with Mr. Charles Hopkinson and Mr. Ernest Talbot, and jointly with them he was responsible for the design of the electric tramways at Leeds and Newcastle-on-Tyne and many other public works. He was a member of the Institution of Civil Engineers was elected a Fellow of the Royal Society in 1910, and was created a C.M.G. in 1917. He edited Original Papers by his father, with a memoir, and was the author of several scientific and technical papers read before the Royal Society, the Institution of Civil Engineers, and other scientific bodies. He carried out a good deal of experimental work on the phenomena of explosion, measuring, for example, the duration of the pressures produced by the detonation of gun-cotton, and investigating the precise course of events which happen when a mixture of gas and air is burnt in conditions such as obtain in the cylinder of a gas-engine. In 1903 he married the eldest daughter of Mr. Alexander Siemens. The funeral will be a military one, and will take place at Cambridge today (Friday).