Stanley Norman Hawkings was the son of Stanley and Emma Hawkings, née Carter. Stanley, senior, was born at Bristol, Gloucestershire and Emma at Dent, Yorkshire. Stanley died in 1899. Emma married William Moorby in 1911. 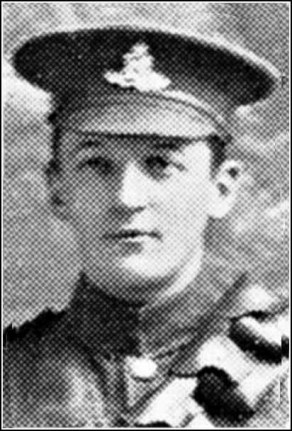 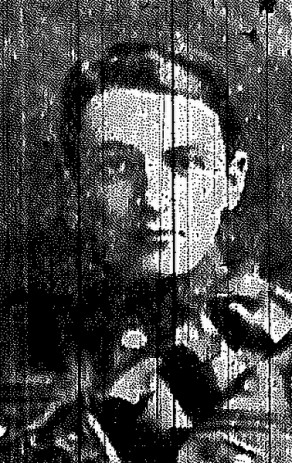 At the Kirkby Lonsdale County Court last week, before Judge Gawan Taylor, Norman Stanley Hawkins, of Main Street, Dent, farm servant, now a private in the R.F.A. stationed at Brighton, sued Robert Braithwaite, of Fellside, Middleton, farmer, for £6 2s 8d wages for services rendered to the defendant from November 25th, 1916, to January 12th, 1916. Mr. Hague, of Messrs. Robinson and Hague, of Sedbergh, appeared for the plaintiff, and defendant conducted his own case. Mr. Hague said that plaintiff had talked of enlisting under Lord Derby’s scheme, and finding that most of his friends were enlisting direct he did the same. He saw defendant in Sedbergh and asked for his wages up to the time that he had enlisted, but defendant said he would get nothing from him.

John Harold Hawkins, plaintiff’s brother, of Sedbergh, butcher’s assistant, said his brother hired at Martinmas to the defendant for six months at £19 wage, as an all-round man. His brother was 20 years of age, and he stayed with defendant seven weeks. On the 12th January plaintiff, with witness, met the defendant in Sedbergh. His brother asked for his wages up to that date, and said he was going to enlist direct, in order to get into the regiment he wanted to join. The defendant said he would not give him any money he was to go back to the farm and work. Plaintiff said he was going to enlist and would have to see a solicitor as to his wages. Defendant said he could please himself what he did, and then went into the White Hart Hotel. Plaintiff saw a solicitor and went to Kendal next day to enlist in the R.F.A.

The defendant, in evidence, said he had never refused to pay the wages. Plaintiff was his man until he enlisted, and when he asked for his wages he did not know whether he had enlisted or not. He had since written to Captain Long at Kendal to find out where the plaintiff was in order to pay him. His Honour: “There seems to be some mistake. I am quite sure no one would say in defence that they would not pay the wages of a man who has enlisted.” Defendant: “I never refused to pay. I am quite willing to pay but don’t want to pay any expense. There has been nothing taken off for insurance, for which 2s. 4d. is due to me. I wanted to pay his wages.” His Honour: – “Do you owe £4 19s. 11d., wages due less insurance?” Defendant: “I do.” His Honour then gave judgment for the plaintiff for £4 19s. 11d. and costs.

Defendant: “I don’t think I ought to pay any costs, as I have done my duty. I had no objection to his enlisting, in fact, I asked him many a time to do so.” His Honour: “I am very pleased to hear that.”

Mrs. W. Moorby, of Dent, has just received official notice that her eldest son, Pte. Norman Hawkings, was killed in action in France on May 5th.

Pte. G. Raw, of Dent, writing home, says:– “You will have heard the sad news by now of poor Norman getting killed. We were on the road up to the trenches when he was killed by a shell. I was only a few yards in front of him. I don’t know how I escaped it. I was at his funeral yesterday afternoon. He and four more were buried together. He had a very nice funeral; two verses of ‘Abide with Me’ were sung, but there were not many who could sing. He had a parcel just before we set off, so we both had tea out of it. I got your letter just as we were setting off, and was going to let Norman read it, but he said, “Never mind till we come back”, but poor fellow, he never got to read it.”

HAWKINGS – In loving remembrance of Stanley Norman Hawkings, who was killed in France May 5th, 1917, aged 23 years.

When last we saw his smiling face
He looked so strong and brave;
We little thought how soon he’d be
Laid in a soldier’s grave.

From his Mother and Family, Dent.

THE WAR – Information has come to hand that the following men, who have spent the whole or a considerable portion of their lives in Dent, have sacrificed their lives for King and country:–- Rainforth Powley, son of Mr. George Powley, formerly of Tub Hall, Dent, Norman S. Hawkings, son of Mrs. Moorby, Main Street, Dent, A. Conder [survived], son of Mr. J.D. Conder, formerly of Olmonds, Gawthorpe, Dent, Bertie Pinch, son of Mr. and Mrs. T. Pinch, Deepdale, Dent, who leaves a widow and one child to mourn their loss.