The R.F.A. Brigade that Tom served with when overseas is not known.

A T. Gill is commemorated on the Brierfield War Memorial.

A short biography of Tom is included in: ‘From Mills to Marching and Back Again - A History of Gargrave from 1900 to 1925’ by Sue Lyall and Donavon Slaven with contributions from George Ingle, Ray Jones and Martin Thompson (2019). 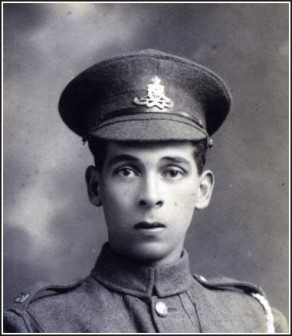 FUNERAL OF MR. TOM GILL.–The funeral took place on Thursday at Gargrave, of the late Mr. Tom Gill, a popular Brierfield young man, whose death occurred on Sunday last after a long and painful illness which necessitated the amputation of one of his legs. Amongst the wreaths was one from the Young Mens’ Class at the Wesleyan Sunday School, which he attended. 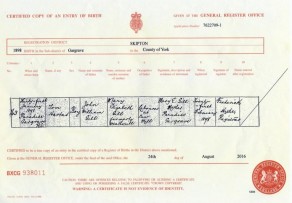 This and all images below are courtesy of Martin Thompson, Gargrave 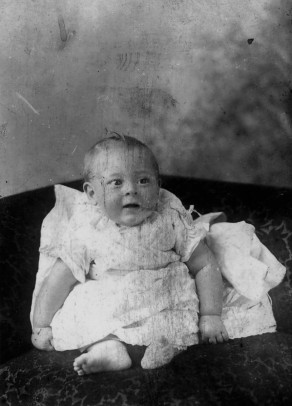 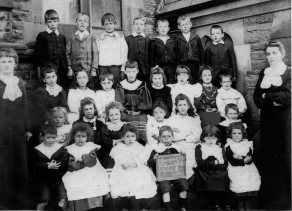 Tom, aged three years, is holding the board 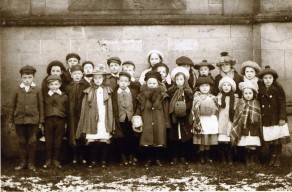 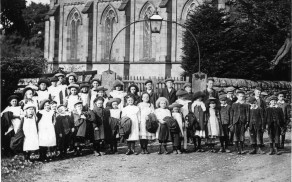 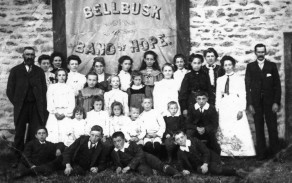 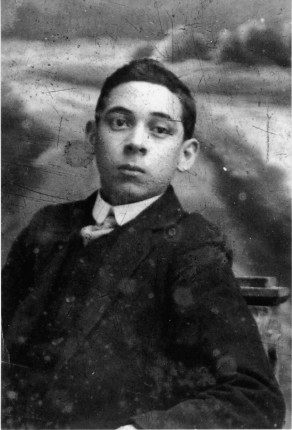 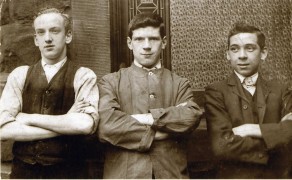 Young Mens’ Class from the Wesleyan Church, Gargrave, on an outing

Tom is standing in the back row, 6th from the right 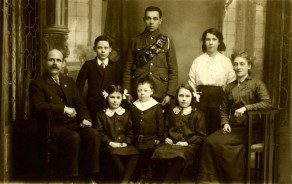 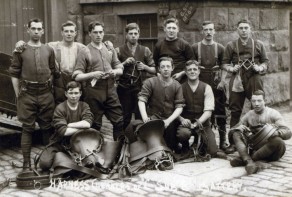 Tom is standing third row from front, 3rd from the right Tom is at the front, on the left, his future brother-in-law, Jonny Roberts, is standing on the left 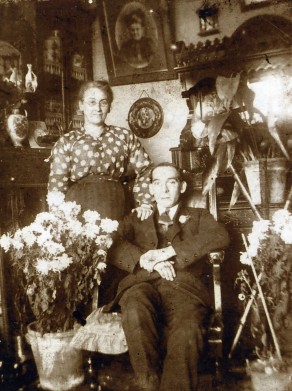 Tom and his mother, Mary Elizabeth

The photograph was taken after the Great War at his Aunt Alice’s home at Carnforth, Lancashire