Tom Leatt was the son of George Gore and Sarah Ellen Leatt, née Fagan and the brother of Private James Leatt (12/2011) (q.v.) and Private George Leatt (7573) (q.v.). Their father was born at Clyst St George, Devon and mother at Skipton, Yorkshire. Tom, James and George were cousins of Private Charles Stell (8179) (q.v.). 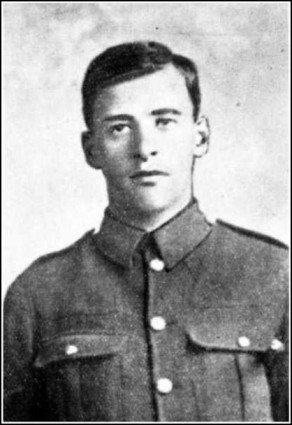 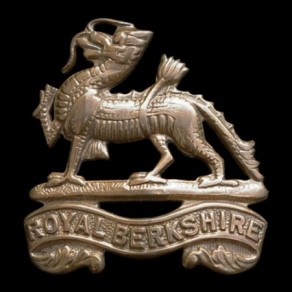 One Has Paid Full Penalty

Much sympathy is felt in Skipton for Mr. and Mrs. George Leatt, of Pendle Street, Skipton, the heads of a patriotic family who have suffered bereavement by the death of a son from wounds received in action.

The late soldier was the youngest of five sons serving their country, three in the Army, one in the Navy, and one at home in a munitions foundry. He was Private Tom Leatt, a single man, aged 23, and he was attached to the Royal Berkshires. Prior to enlistment he was an officer in the Burnley Police Force. He had been at the Front seven months.

The other sons on active service are: Private George Leatt, the eldest, and a married man, who joined the Sportsmen’s Battalion in South Africa. He is now serving in German East Africa. He also served in the Boer War.

Private Jame[s] Leatt, the next son, was a single young man, aged 31. He joined the New Zealand Forces at the beginning of last year, and he served in the Dardanelles. After evacuation he went to Egypt, and from there he was sent to the Western Front, where he was hoping to see his brother.

The third son is Harry Leatt, a stoker in the Royal Navy, and he is serving on H.M.S. Exmouth. He enlisted last May.

In addition Mr. and Mrs Leatt have had seven nephews with the Colours, one of them, Private Charlie Stell, of Skipton, who went down in the Royal Edward with other troops who were being transported to the Dardanelles.

Mr. Leatt, the head of the family, is a well-known railwayman, having been in the service of the Midland Railway many years.

News has been received of the death from wounds of Private Tom Leatt, who was a member of the Burnley Police Force, prior to enlisting in May, 1915.

He was behind the firing line on May 1st, when a shell burst a few yards away, and he caught the full force of the explosion. He died the same day in hospital.

Deceased was one of the six Burnley policemen who are serving at the Front with the 8th Royal Berkshire Regiment. He was a native of Skipton, and joined the constabulary at Burnley two years ago. He was 23 years of age. 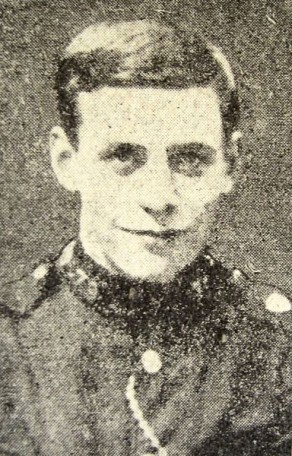 On Monday evening news came to hand that another Skipton soldier had made the supreme sacrifice – Pte. Thomas Leatt, of the Berkshire Regiment, and son of Mr. and Mrs. George Leatt, Pendle Street, Skipton. The first intimation came in the shape of a telegram from the Regimental Headquarters intimating that Pte. Leatt was in hospital suffering from a gunshot wound in the chest, and stating that the relatives could make arrangements to cross the Channel and see him if they so desired. About half an hour later another telegram was received announcing that Pte. Leatt had succumbed to his wound.

The unfortunate young fellow was formerly a mill operative employed by Messrs. Dixon at Skipton, but for the past two years he had been a member of the Burnley Borough Police. He enlisted in the Berkshire Regiment shortly after the outbreak of war, and had been in France some months. Hitherto he had been fortunate, and it was a singular coincidence that the morning following the receipt of news of his death the parents received a field postcard from him. This had apparently been written on April 26th and in it Pte. Leatt said he was quite well.

Deceased was one of four brothers serving with the Colours – one with the South African Contingent; one with the Anzacs, and another as a stoker on H.M.S. Exmouth. A fifth son is working on munitions. Much sympathy is felt for the bereaved parents. Pte. Leatt was a playing member of the Niffany Rovers Football Club, an organisation which has perhaps suffered more severely in this war than any junior club in the district. It is also a singular fact that the Broughton Road district has been very badly ‘hit’ since the war commenced, Pte. Leatt bringing the total on the roll of honour to eleven.

News has been received that Lance Corporal Thomas Leat, of the Berkshire Regiment, son of Mr. and Mrs. Leat, Pendle Street, Skipton, has died from wounds received in action. The information came to hand on Monday evening, when the parents received a telegram from the Military Authorities intimating that their son was in a hospital in France suffering from a gunshot wound in the chest, and stating that they could see him if they wished to make the journey. About half an hour afterwards a second telegram was received informing them that their son had succumbed to his wounds.

The deceased soldier was formerly employed as a mill operative by Messrs. Dixon of Skipton, but more recently he had been a member of the Burnley Borough Police Force, from which he enlisted in the Berkshire Regiment shortly after the war commenced. He had been in France some months, and it is a sad coincidence that the morning after the sad news was received the parents got a field postcard from deceased which apparently had been written on April 26th and which stated that he was then quite well.

Private Leat was one of four brothers serving with the Colours – One is in the South African Contingent; another is with the Anzacs, and a third is engaged as a stoker on His Majesty’s ship Exmouth. Deceased was at one time a playing member of the Niffany Rovers Football Club, and it must be mentioned that the club has probably lost more men in the war than any other similar club in the district.

It is rather singular that so many men belonging to the Broughton Road district should have lost their lives in the war, whilst some of the other neighbourhoods have not yet suffered a single death. Private Leat is about the tenth young man from the district named to make the supreme sacrifice.

Information has been received that Pte. James Leatt of the New Zealand Forces, son of Mrs. Leatt, of Pendle Street, Skipton, was killed in action on October 4th. In a letter to the deceased soldier’s mother, Captain Gordon Coates, of the Auckland Company, New Zealand Expeditionary Force, states:– “It is with great regret that I write to console with you in the loss of your brave son. He was killed during our advance on the 4th inst., and it was a great pity that he was not spared to enjoy the fruits of the success to which he so ably contributed. It is a time of self-sacrifice, and right nobly your son respond to the call. He died as you could wish him to die, like a soldier and a man, and you have reason to be proud of him. I just wish to extend to you the sympathy of your son’s comrades in the company in your time of sorrow. Mrs. Leatt has also received a letter which is signed by Pte. E.W. Johnstone and Pte. H. Waldron, and which states:– “Jim was a pal of mine. We went into the trenches on the night of October the 2nd, and went over the top at 6 o’clock on the Monday morning of the 4th. This was where your son died for his county, and I must say that he suffered no pain. Shortly after we reached our objective, and I came back to find him but evidently another enemy shell must have struck him. Jim was well-known throughout the battalion as a good soldier, and his gap will be felt by all. It is very hard for us to have to sit down to write of our men who have gone before.” Originally Mrs. Leatt had three sons in the army, one in the navy, and one on munitions. The three who were in the army are now dead. Pte. George Leatt, the eldest son and a married man, died in German East Africa, and Pte. Tom Leatt died from wounds received in action. The son serving in the navy is Pte. Harry Leatt. Pte. James Leatt, who was 33 years of age, went out to Canada and afterwards to New Zealand to join another brother. He joined up just before Christmas, 1914, and went to the Dardanelles the June following, then to Egypt, and afterwards to France. He was wounded on the Somme. As a boy he was apprenticed to Mr. Swire, newsagent, Swadford Street, Skipton.