Walter Morrison Jowett (born 23 July 1892) was the son of Frank and Martha Jowett, née Boothman. Frank was born at Thornton near Bradford and Martha at Langbar near Ilkley, Yorkshire. Walter was the cousin of 2nd Lieutenant Clarence Duckworth Boothman (q.v.).

A short biography of Walter is included in: ‘A Grammar School at War - The Story of Ermysted’s Grammar School during the Great War’ by Steven Howarth (2007). 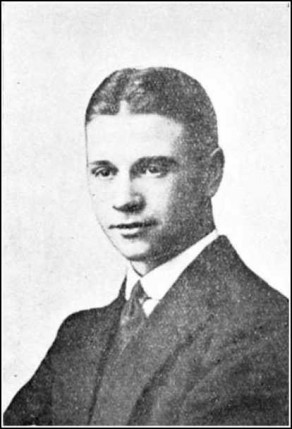 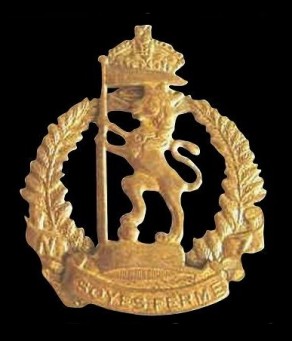 ODDS AND ENDS – A Good record

Mr. Walter M. Jowett, son of Mr. Frank Jowett, Belmont Street, Skipton, is on his way to active service with one of the New Zealand contingents. Mr. Jowett has three sons with the Colours – Mr. Tetley Jowett, who has been in France some months with the Army Service Corps; Mr. Priestley Jowett, a 2nd Lieut. in one of the West Yorkshire units; and Mr. W.M. Jowett who went to New Zealand some time prior to the war to take up farming with a relative – Mr. Wm. Boothman, an old Skiptonian, who spent some time on his native heath about two years ago. Miss Jowett, who is engaged on hospital work, completes an interesting family record.

Information was received on Wednesday afternoon by telegram that Rifleman Walter Morrison Jowett, of the New Zealand Expeditionary Force, third son of Mr. and Mrs. Frank Jowett, of Belmont Bridge, Skipton, had died from wounds received in action in France on September 17th. No details are yet to hand, but we are sure that much sympathy will be extended to Mr. and Mrs. Jowett, who have two other sons with the Colours and a daughter engaged on hospital work. One of the telegrams was from the Records Office, New Zealand Expeditionary Force, London, and the other was sent from Southampton by Mr. J. Allen, Minister of Defence, Wellington, New Zealand, and contained the following:– “Please accept my sincerest sympathy in the loss which you and New Zealand have suffered.”

Rifleman Jowett attained his 24th year a few months ago. He received his early education at the Water Street Council School, Skipton (under the late Mr. W. H. Walker), where he won a scholarship by means of which he was able to continue his studies at the Skipton Grammar School, where he won many prizes. Subsequently he assisted his father in the drapery business for a time, and then, about three years ago, went out to New Zealand to take up sheep farming with Mr. William Boothman, his uncle, who is an old Skiptonian. He enlisted in the New Zealand Expeditionary Force in July 1915, and was first drafted out to Egypt and afterwards transferred to France. Prior to going out to New Zealand, deceased took a keen interest in swimming, and for some time acted as secretary to the Skipton Swimming Club.

As indicated above, Mr. and Mrs. Jowett have two other sons with the Colours – Mr. Tetley Jowett, who is with the Army Service Corps in France, and Second Lieut. Priestley Jowett, who is attached to one of the West Yorkshire units; while their daughter, Miss Jowett, is engaged on hospital work.

The Christmas issue of the Skipton Grammar School Magazine contains some very fine and touching tributes to the following ‘Old Boys’ who have laid down their lives for King and Country in this great War since the previous issue of the magazine:–

It is also recorded with keen regret that Captain C. Waddington, 3rd East Lancashire’s, and Second-Lieut. J. L. Tibbett, R.F.C., two other old schoolboys, have been taken prisoners of war.

Mr. and Mrs. Frank Jowett, of Belmont Bridge, Skipton, received a telegram on Wednesday afternoon from the Record Office of the New Zealand Expeditionary Forces, London, stating that their son, Rifleman Walter Morrison Jowett, of the Rifle Brigade, had died of wounds received in action in France on Sept. 17th. A wire was also received from Mr. J. Allen, Minister of Defence, Wellington, New Zealand, confirming Rifleman Jowett’s death, and adding: “Please accept my sincerest sympathy in the loss which you and New Zealand have suffered.” Rifleman Jowett, who was 24 years of age, was an old Grammar School boy, he having while at school won numerous prizes and scholarships. On leaving school he assisted his father in his drapery business, and about three years ago went out to New Zealand to learn farming with Mrs. Jowett’s brother, Mr. W. Boothman. Soon after war broke out he joined the New Zealand Expeditionary Force, being first sent out to Egypt, and later came across to France. Rifleman Jowett, when at Skipton, took a keen interest in the Swimming Club, he formerly having acted as secretary of the club.