William served on the 'Kamona' (owned by the Union Steam Ship Company of New Zealand) and accidentally drowned whilst in harbour in New Zealand. 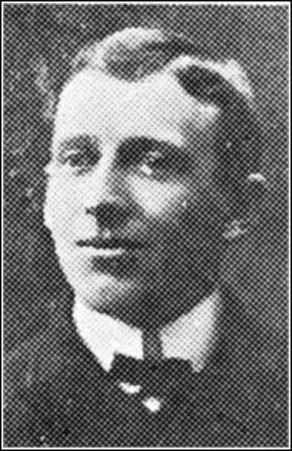 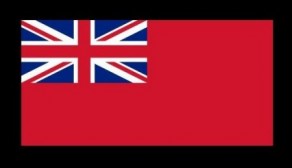 GREENBANK – In loving memory of William Heseltine Greenbank, who was accidentally drowned on July 2nd, 1918, at Lyttleton, New Zealand, in his 32nd year, son of James and Margaret Greenbank, Leagate, Dent, Yorkshire.

Oh, for touch of a vanished hand,
Or a sound of the voice that is still.

GREENBANK – In ever loving memory of my dear brother (Bill), who was accidentally drowned on July 2nd, 1918.

Father in Thy gracious keeping
Leave we now Thy servant sleeping.

Deeply mourned by his only sister Florrie.

Mr. and Mrs. Jas. Greenbank have received word by cable that their son, W. .H. Greenbank, was accidentally drowned at sea near Lyttleton, New Zealand, on July 2nd. When last heard from he was employed on a Government training ship, and it is presumed that the ship has been mined. They are anxiously awaiting further particulars. He was 32 years of age.

We regret to hear of the death by accidental drowning in New Zealand of William Heseltine Greenbank, son of Mr. James Greenbank, Leagate, Dent. Young Greenbank had been 12½ years in New Zealand, and the sad news has naturally come as a shock to the family and their friends. The circumstances are described in the ‘Lyttleton Morning Journal’ as follows:– “At 7 o’clock on Tuesday night (July 2nd 1918), William Heseltine Greenbank, employed as a greaser on the Kamona, lost his life by drowning. Having worked till about 4-30 p.m. Greenbank some time afterwards left his vessel for the purpose of visiting an old shipmate, Jack Irvine, the donkey man on the Tarawera. This vessel had arrived in port at 3 p.m.

“Greenbank went aboard the Tarawera at about 6.15pm, remaining there till 7 o’clock. Irving, being a couple of paces in the lead, stepped onto the wharf from the main deck, which was level with the wharf at the time, expecting Greenbank to follow. He had only proceeded a short distance, however, when he heard one of the stewards shouting out that the man had fallen overboard. He returned to the spot where Greenbank had fallen down between the ship’s side and No. 4 wharf, but the unfortunate man was not to be seen. It is surmised that he either slipped off the boat’s rail when about to step on the wharf, or else accidentally stumbled over the side. It was also thought that he must have struck his head in falling as the contact was heard by the steward. The alarm having been raised, Mr. George Fraser, third engineer of the Tarawera, jumped into the sea fully dressed, and though he remained in the water twenty minutes his search was fruitless. The body had not been recovered up to 8-30 on Tuesday night, when, owing to the darkness, grappling operations had to be suspended. Greenbank was a single man about 32 years of age and a native of Yorkshire. He was a capital swimmer, a good athlete, temperate in his habits, and a special favourite amongst his shipmates. His brother, Mr. Thomas Greenbank, is employed at the Thornton Railway Offices, Wellington. Deceased left the Amokma at Wellington shortly before Christmas to join the Kamona. His father and mother reside at Dent, Sedbergh, Yorkshire.”

GREENBANK – In loving memory of William Heseltine Greenbank, who was drowned in N.Z. waters on July 2nd, 1918.

At first we think that home is Heaven,
At last we learn that Heaven is home.

Ever remembered by his only sister Florrie.