The British Army Pension Record for Willie Naylor (12121, West Riding Regiment) exists but may be incomplete. 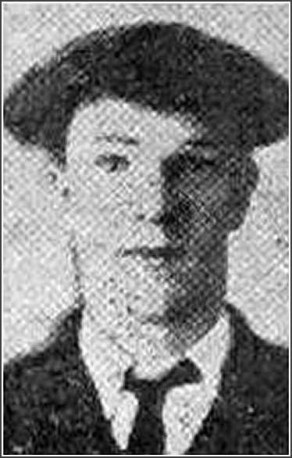 From assembly trenches east of the sugar factory on Mailly-Maillet-Serre Road moved forward 8.55 a.m. (1/7) in support of attack between Beaumont-Hamel and Serre. Advancing on Brigade’s left fought through into The Quadrilateral – by nightfall holding Burrow, Wolf and Legend Trenches. Casualties – 323.

On Saturday morning Mr. and Mrs. A. Naylor, Bridge Street, Steeton, were informed that their son, William Naylor, aged 25, had been killed in action on the Western Front. The fallen hero joined Kitchener’s Army in the early days of the war, but was in the course of a month or two discharged as unfit, but he enlisted again and completed successfully his training, and after a lengthy spell in France with this regiment, the West Ridings, took part in the recent offensive, and was the eleventh Steeton soldier who has made the supreme sacrifice.

Mr. and Mrs. Aquilla Naylor, Bridge Street, Steeton, received official intimation on Saturday morning that their son, Pte. William Naylor, West Riding Regiment, had been killed in action on July 1st. Pte. Naylor was 25 years of age, and before the war was employed at Messrs. John Dixon and Sons. He joined Kitchener’s Army shortly after the outbreak of war, and after a few months training was discharged, but rejoined later, and went to France in January last.