Alfred McLaughlin was the son of Henry and Isabella McLaughlin, née Smallwood. Both parents were born at Whitehaven, Cumberland. 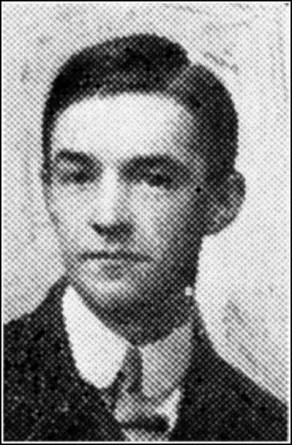 Additional Information: Son of Harry and Isabel McLaughlin, of Bank Top, Ingleton, Yorks. Native of Cleator Moor, Cumberland. (CWGC Headstone Personal Inscription: MISSED MOST BY THOSE WHO LOVED HIM BEST)

INGLETON – Killed During an Advance

Private A. McLaughlin, son of Mrs. McLaughlin, the Bank, Ingleton, who joined the Duke of Wellington’s Regiment in July of last year, and went out to the Front at Christmas, has been killed in the recent advance. He was 22 years of age and prior to enlistment was employed at the New Ingleton Colliery. Immediately on receipt of the sad news the flag was hoisted half-mast at St. Mary’s Church. Mrs. McLaughlin has received a letter of sympathy from an officer, who says that Private McLaughlin was killed in action on the morning of August 25th whilst gallantly advancing to the attack. “As his platoon officer I came closely in touch with him and had every admiration for so clean and brave a lad, and I can assure you that his loss is a blow to me personally.” We will give a photograph next week.

McLAUGHLIN – In loving memory of our dear son and brother Private Alfred McLaughlin, 5th Duke of Wellington’s Regiment, who was killed in action in France on August 25th, 1918, aged 22 years.

In health and strength he left his home,
Not thinking death was near;
It pleased the Lord to bid him come,
In his presence to appear.
Some day we hope to meet him,
Some day, we know not when,
To clasp his hand in a better land,
Never to part again.

From his loving Mother, Sister and Brother, Ingleton.

McLAUGHLIN – In loving memory of Private Alfred McLaughlin, killed in action in France on August 25th, 1918.

Fresh in our hearts his memory clings,
Yet still our grief is sore;
Each passing year will nearer bring
The day we’ll meet once more.

Another Ingleton Youth Killed in France

News has been received that Pte. Alf. McLaughlin, younger son of Mrs. McLaughlin, Bank Top, Ingleton, had been killed in action. The young fellow, who was under 20 years of age, joined up over 12 months ago, has been in France some few months. He was an exceptionally reserved and quiet young fellow, and was universally esteemed by his fellow workmen at the Ingleton Colliery, where he was employed prior to joining the forces. Much sympathy is felt with his widowed mother and relatives.