Benjamin Henry Freeman (born 19 February 1885) was the son of Ernest Gilbert and Martha Ann Freeman, née Stell. Ernest was born at Farnley near Otley and Martha at Crosshills, Yorkshire.

Benjamin was married to Emily Maud Margaret Hartley in 1916. 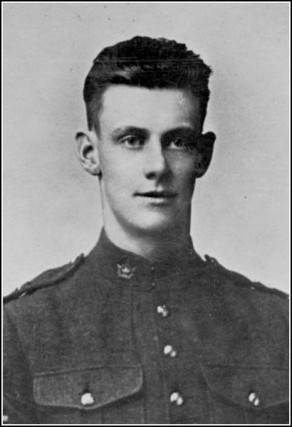 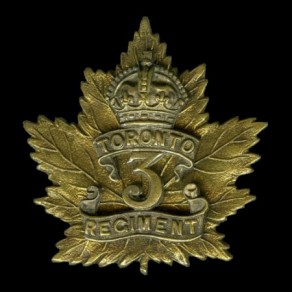 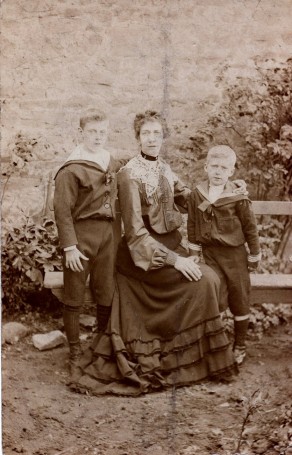 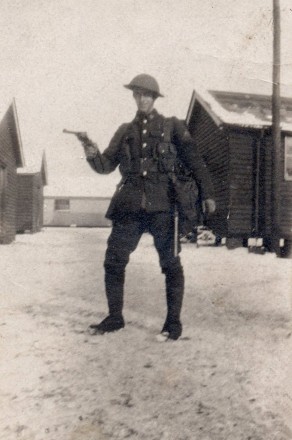 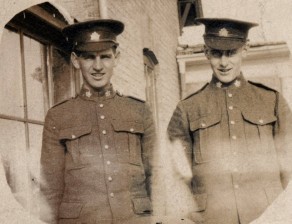 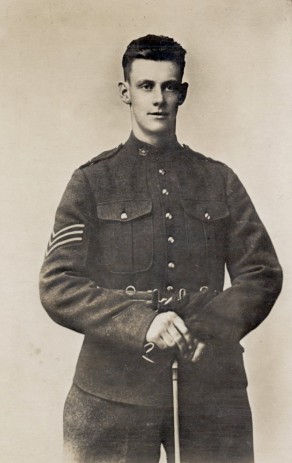 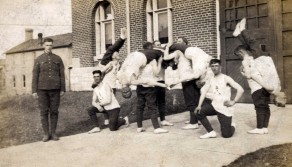 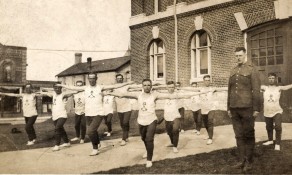 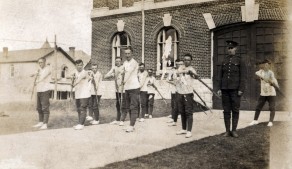 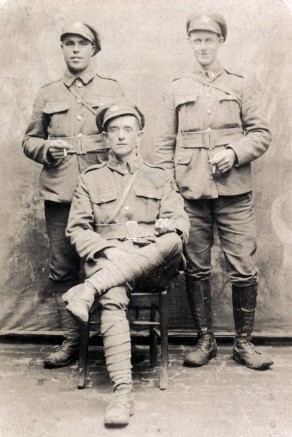 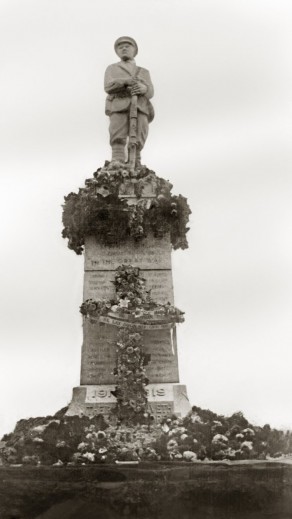 On Sunday evening a memorial service was held in the Crosshills Wesleyan Church for four former members of the Sunday School, who have laid down their lives in the great war.–Lance-Corporal Benjamin H. Freeman, Canadians, killed in action on November 5th; Private George Inskip, West Riding Regiment, killed in action on November 27th; Private Percy Happs, West Riding Regiment, killed on April 25th last, or who had since died; Private Arthur Happs, who has been missing since 21st April last. The Pastor (Rev. Thomas Dargue) paid an eloquent tribute to these four noble youths. He said that from every pathway and aspect and relationship of life the war kept coming home to them, but it struck the hardest when it hit the men from our own homes and families. Since he last had a memorial service they had lost Private Ben Whitaker [Freeman], Canadian Forces, who prior to leaving England, was a member of their Sunday School, as well as the others mentioned above. He (the preacher) had sent an enquiry through the Rev. J.H. Bateson, their principal at the Army and Navy Board, concerning both the Happs boys, and he had a reply in reference to Percy Happs which gave a little detailed information. The writer of the letter said he could discover nothing certain as to what happened to him. His battalion took a very strong German position, from which they had to retire. No advance had been made on that particular part since that time, and consequently there had been no opportunity of clearing the battlefield, and identifying the dead. Of course until such identification it was just within the realms of possibility that Happs or any other man may have been wounded, and taken prisoner, but he was afraid that he had been killed in action. He was more sorry than he could say for his wife and parents and he was sure Mr. Dargue would convey to them his real sympathy.–Mr. Dargue said he had had many letters from Private Percy Happs, in which he spoke with great appreciation of the officers and teachers of their Sunday School. All four soldiers were men of upright character and clean life, and were honest good men, and they were sorrowful because of their early passing from them. He was quite sure the members of his congregation would wish him to express their deepest sympathy with the parents and relatives.

LANCE-CORPORAL B. FREEMAN KILLED IN ACTION

Mrs. Ben Freeman of Skipton Road, Farnill, received the sad news on Saturday last that her husband, Lance-Corpl. B. Freeman, of the Canadian Regiment, had been killed in action on Nov. 5th. Corpl. B.H. Freeman enlisted in Canada two yeas ago, and went to France in May of this year. He was married shortly before proceeding to the front. Much sympathy is felt for Mrs. Freeman. Before her marriage Mrs. Freeman (Miss Maggie Hartley) until recently acted as post-woman for Kildwick and Farnhill. She is also a member of the Kildwick church choir and of the local Dramatic Society. Mrs. Freeman received the following, letter from Company Sergeant Major F. Williams, ‘A’ Co., Canadian Battalion :– “Dear Mrs. Freeman – It grieved me to have to write regarding the death of your husband, Lance-Corpl. B. Freeman, who was killed in action on the evening of the 5th. Ben was in my company and was always a very fine fellow, popular with everyone, officers, N.C.O.’s and men. I cannot find words to express to you the deepest sympathy of all in your sad bereavement. He is a great loss to the regiment, and will be mourned by us all. There was nothing we could do for him, as his death was instantaneous, caused by shell fire. I was with him when the unfortunate affair occurred. You will be notified by our senior officers regarding his burial place. Once again kindly accept our very deepest sympathy – officers, N.C.O.’s and men of the regiment.”

The above is a portrait of Lance-Corporal B. Freeman, of the Canadian Regiment, whose death in action was reported last week. He was the husband of Mrs. Freeman, of Skipton Road, Farnhill. The photograph was taken in Canada when the deceased was a sergeant. On the way over all the N.C.O.’s were made privates, but since then Lance-Corporal Freeman has received two stripes.