Charles Edwin Harris was the son of Edmund Henry and Sarah Eliza Harris, née Jane. Edmund was born at St. Ive and Sarah at Quethiock, Cornwall.

Charles was married to Elizabeth Bradley in 1897.

The British Army Service Record for Charles Edwin Harris exists but may be incomplete.

The British Army Pension Record for Charles Edwin Harris exists but may be incomplete. 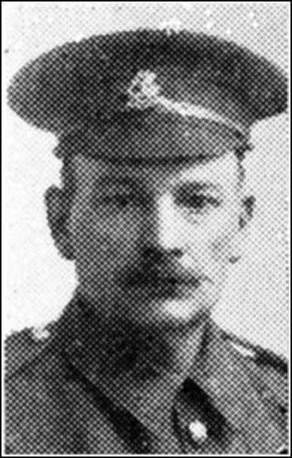 On Saturday the remains of ex-Sergt. Chas. Edwin Harris who died on the 10th inst. At the age of 49 years, were laid to rest in Gill Cemetery. Deceased, who has served in the South African and Chitral campaigns with the South Lancs. Regt., was on the National Reserve at the outbreak of the present war, and re-enlisted in the Duke of Wellington’s Regt. in October, 1914. He was attached to the Headquarters’ Staff at Halifax until his discharge in June last, and acted as drill instructor for several months in the early part of the recruiting boom. Since leaving the Army he had been engaged on police duty at the National Filling Factory, Gainsborough, until compelled to come home on sick leave about a week prior to his death, which was due to bronchial asthma. Sergt. Harris was a native of St. Ives, Cornwall, but had lived in Barnoldswick over 20 years, and in pre-war days was an enthusiastic member on the committee of the Barnoldswick Football Club. He leaves a widow and two daughters.