Charles Horner was the son of Anthony and Agnes Ada Horner, née Hughes. Anthony was born at Hawkswick, Yorkshire and Agnes at Corwen, Merionethshire, Wales, the daughter of William and Rebecca Hughes. Anthony and Agnes were married at Corwen on the 24 May 1892. In 1891 Agnes, a school mistress, was lodging with George and Dorothy Easterby at Halton Gill; their son, Private John Easterby (49718) (q.v.), was killed in the Great War.

A short biography of Charles is included in: ‘Swaledale & Wharfedale Remembered - Aspects of Dales’ life through peace and war’ by Keith Taylor (2006). 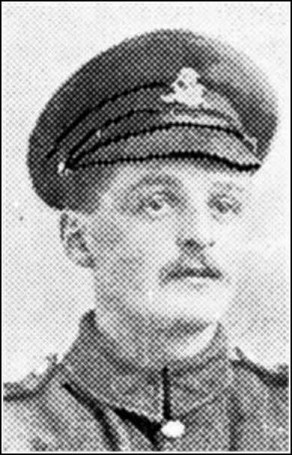 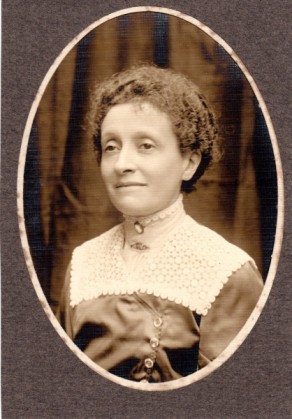 All images are courtesy of Sheila Trethewey, née Thompson, the great-niece of Charles Horner 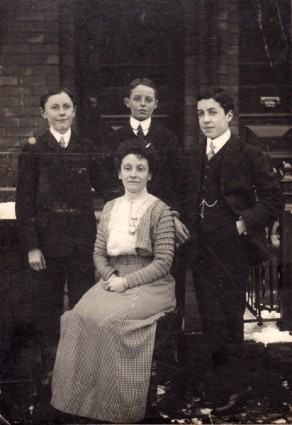 Agnes and her sons 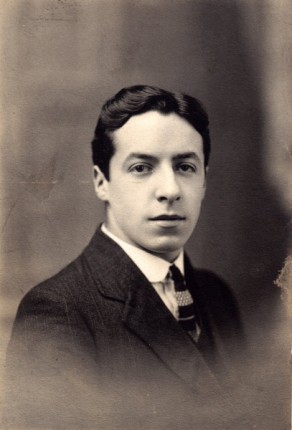 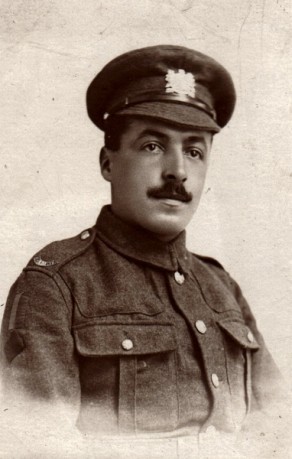 We learn with regret that Corporal Charles Horner, Duke of Wellington’s Regiment, son of the late Mr. Anthony Horner, of Halton Gill, and of Mrs. Horner, 54 Park Road, Morecambe, was killed in action on April 29th. Twenty-three years of age, he enlisted soon after the outbreak of war and had been three times wounded. Writing to the bereaved mother, Lieut. Harold Hopwood, of Skipton, says:–

“Your son was killed by a piece of shell last Monday and his death was instantaneous. All his effects were collected and will reach you in due course. I have known your son for a long time personally, seeing that I live in Skipton, and I took rather a greater interest in him than in most of the other fellows. Your son was always a true soldier, willing to do any duty, and, better still, cheerful when he was doing it. He was a boy of great promise and if he had lived his promotion with us would have been very rapid. All the boys of the platoon wish me to express their sympathy and all say that his loss is felt very keenly amongst them. We cannot understand why he should be taken away from us in his best years and full of promise, but can only say, as we have done about the many others we have lost – ‘Thy will be done.’”

Mrs. Horner has two other sons fighting in France – one with the Manchester Regiment, and the other, the youngest, with the Coldstream Guards.