Frank Jones may have survived the Great War. He is not listed in the 9th Bn Duke of Wellington's (West Riding Regiment) Roll of Honour and has not been identified on the Midland Railway War Memorial at Derby.

It has not been possible to confirm any further details about Frank Jones. 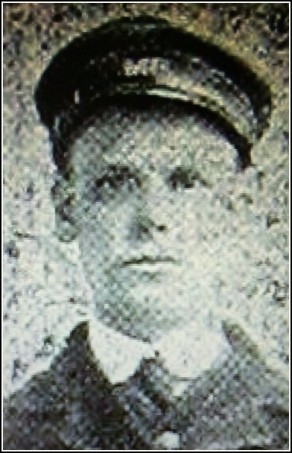 In a letter to his parents last weekend, a Steeton soldier with the 9th West Ridings conveyed the news that his pal, Private Frank Jones, had been killed. Both were in the employ of the Midland Railway Co. at Steeton Station, and both joined the Colours in August, 1914. Jones was a native of the Midlands and the best type of soldier, and 26 years of age.

Information has also been received of the death of Pte. Frank Jones, West Riding Regiment. He was 25 years of age, and joined Kitchener’s Army shortly after the outbreak of war. Before enlisting he was employed as a porter at Steeton Station, and was in apartments at Mr. Spencer Hindles, Barrows Lane.