Percy Jones was the son of Noah and Jane Jones, née Brooke.

The British Army Service Record for Percy Jones exists but may be incomplete.

Percy was married to Jessie Coulston in 1920. 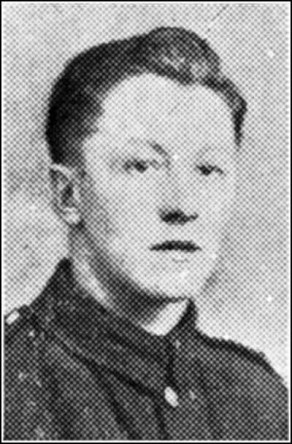 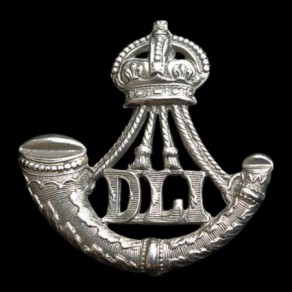 Entry for the marriage of Percy Jones and Jessie Coulston, 16 October 1920

Signaller Percy Jones, another Glusburn boy, of the Durham Light Infantry, has been killed in action. His father, Mr. Noah Jones, received a notification from the War Office that his son was killed in the recent fighting, but no further news is to hand. Signaller Jones had been with the Forces about 15 months, and went out to France towards the end of last year. He was 19 years of age, and very well known in the village, and much sympathy is felt for his father.

Signaller Percy Jones, of the Durham Light Infantry, son of Mr. Noah Jones, Glusburn, officially reported killed, is a prisoner of war in Germany and wounded.

Gunner Percy Jones, Durham Light Infantry, has sent a post card to Mr. and Mrs. J. Berry, Bolton Road, Addingham, to say he is a prisoner of war in Germany.

Mr. Noah Jones has received official information that his son, Pte. Percy Jones, signaller, Durham Light Infantry, has been killed in action on March 26th. Signaller Jones was called up when 18 years of age, and went out to France in January. He was 19 years of age. Prior to joining up he lived with his aunt at Addingham, and was employed as a shoemaker at the Addingham Co-operative Society.

The following casualties are reported amongst Addingham lads this week:– Signaller Percy Jones, Durham Light Infantry, has sent a post-card to Mr. and Mrs. J. Berry, Bolton Road, to say he is a prisoner of war in Germany. Gunner James Cottam, of Addingham, is in hospital at Sheffield suffering from shrapnel wounds. He joined up in May, 1917, and has been at the front about two months.

Mr. Noah Jones has received news from his son, Gunner Percy Jones, that he is a prisoner of war in Lemberg, and well. Gunner Jones was reported last week as killed, the information having been received officially. Much satisfaction is expressed in the district at the good news received.