Frederick Towers Ellison (born 5 October 1891) was the son of Christopher and Jane Ellison, née Towers. Christopher was born at Austwick and Jane at Winksley, Yorkshire.

The British Army Service Record for Fred [Towers] Ellison exists but may be incomplete. 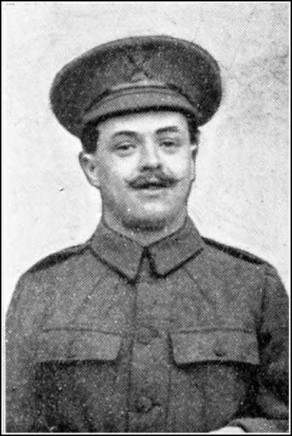 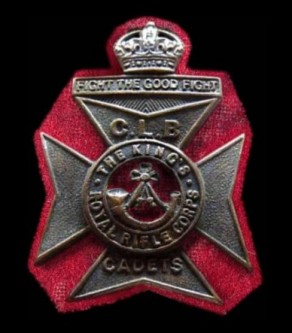 On Wednesday morning Mr. and Mrs. Ellison of Elmsley Street, Steeton, received the sad news, by letter, of the death of their son Pte. Fred Ellison, of the 16th Battalion Kings’ Royal Rifles Battalion (C. L. B. Batt.) who, since the autumn of last year, had been with his regiment on the Western Front. Quarter-Master Sergeant Lawrence, in a sympathetic letter, related the circumstances of how Steeton’s eighth son had made the supreme sacrifice. Pte. Ellison was struck by a fragment of a shell which fell and burst, inflicting numerous injuries to the deceased’s neck and side, and after 10 minutes unconsciousness he passed away. In his 25th year, Pte. Ellison was a well-known villager, and previous to enlisting in October, 1914, he was on the office staff of Sugden, Keighley & Co., spinners, Keighley. As orderly clerk to the St. Stephen’s Company of the C.L.B. and of St. Stephen’s Benefit Society, the fallen was closely connected with St. Stephen’s Sunday School. The fatal injuries were received on the morning of January 27th, and with all due respect the remains of the deceased were interred on the following day (Friday). Quarter-Master Sergeant Lawrence, whose lot it was to communicate the sad news, was a close friend of Pte. Ellison, previous to leaving England and during their sojourn “somewhere in France.”

The friends of Private Fred. Greenwood, of the Green Howards, during last week received an intimation that he was at Southampton suffering from a fractured leg through being kicked by a horse whilst serving on the Western Front. The injured soldier was in November of 1914 invalided home suffering from an injured knee received in the retreat from Antwerp. Private Greenwood is now in hospital at Lowerbourne, near Farnham, Surrey.

The parents of Sergeant William Brayshaw, of High Street, Steeton were informed on Saturday morning that their son was in a military hospital at Sheffield suffering from a wound in the shoulder. Fortunately the wounds are not of a serious nature. Sergeant Brayshaw is one of three brothers, all of whom have been in France for a considerable period, and his wounds were received in a German trench from a bomb. Previous to receiving his injuries the wounded Steetonian had assisted several comrades. One of three former Steeton Church Lads Brigade members who joined up in October 1914, the gallant sergeant is the last of the trio to bleed for his country. Private Fred Ellison, one of the trio, made the supreme sacrifice last January, and the other, Private J. Brooksbank, was wounded in December and is still unfit for service.

Another Steeton soldier to be put out of action for a time is Private Matthew Dove, of High Street, Steeton, who is in the Northumberland Fusiliers. He is also one of three brothers who are in France, Dove’s wounds are to the head and nose, and he is in a base hospital in France.

DEATH OF A STEETON SOLDIER – Mr. Christopher Ellison, Elmsley Street, Steeton, received news on Wednesday morning that his son, Private Fred Ellison, 16th Battalion King’s Royal Rifles, C.L.B., had been killed. The news was conveyed in a sympathetic letter by Quarter Master Sergeant Lawrence (to whom Pte. Ellison acted as clerk), stating that the latter was killed on Friday last by fragments of a shell which fell close by, whilst in the reserve trenches. He was wounded in the neck and side, and died in about ten minutes, never regaining consciousness. Pte. Ellison, who was 24 years of age, was previous to the war employed as a clerk at Messrs. Sugden and Co. Ltd., Keighley, and was a member of the St. Stephen’s Company of the C.L.B. About two months after the outbreak of war he answered his country’s call and enlisted in the King’s Royal Rifles, and was drafted out to France in October. Every week his parents have received a cheerful letter from him, the last being on Friday last, in which he stated he was in good health. Mr. Ellison has another son in the Army, Pte. Maurice B. Ellison, who joined the 33rd West Riding Regiment about 12 years ago. He has seen many years service in India, and was home on leave about two years ago. When he returned to India he was placed on the unattached list in the offices at Simla.