George Lumley was the son of Christopher George and Sarah Lumley, née Taylor and brother of Private Herbert Lumley (70471) 22nd (Service) Bn Manchester Regiment (7th City) who died in Italy on the 12 November 1918. Their father was born at Grantley near Ripon, Yorkshire and mother at Sutton, Bedfordshire.

A short biography of George is included in: ‘Though lost to sight to memory ever dear - Embsay-with-Eastby First World War Roll of Honour’ by Jane Lunnon, David Turner, Chris Lunnon (2018). 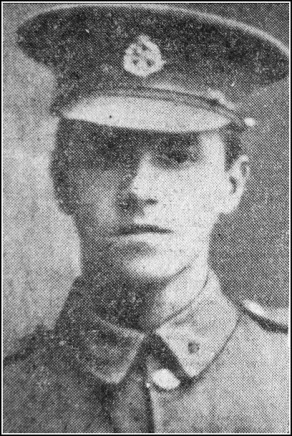 Word has just been received by his parents that Pte. George Lumley, of the 6th Batt. East Lancashire Regt., of 23, Shackleton-street, Burnley, was killed in action at the Dardanelles on August 9th. This sad intelligence has reached the parents after they had undergone considerable anxiety and had exhaustive inquiries to get some news of him. Pte. Lumley, who was 20 years of age, was formally employed at Messrs. Lee’s mill in Elm-street as a weaver. He was connected with Ebenezer Baptist Church and School, and was highly respected. His father, Mr. George Lumley, is employed in the road department of the Burnley Corporation.

THE SECOND OF THREE BROTHERS

The death from influenza, on November 2nd, in Italy, is reported of Pte. Herbert Lumley, of the 22nd Manchester Regt., whose home is at 23, Shackleton-street, Burnley. Deceased, who was only 18 years of age, went out to Italy on September 6th. He was formerly manager of the Co-operative Grocery Department, Gorple-street, Harle Syke. His, brother Pte. Geo. Lumley, of the 6th East Lancashires, lost his life in the war, as reported by us in February, 1916, and there is a third brother still serving.

It had fallen to the East Lancashire to play a part in the third and last attempt to carry the Sari Bair Ridge, the principal objective of the August offensive.

It was nearly six o’clock (a.m.) [9th August] when the two leading companies of the East Lancashire reached the position from which the attack was to be launched. The way forward led across some level cornland, known as The Farm, about half a mile wide which formed a kind of shelf amid the hills. Beyond this was the almost cliff-like end of Chunuk Bair, and on each flank were lower ridges held by the enemy.

Without any hesitation, although already under fire, the two leading companies of the East Lancashire deployed and advanced across the open, at once to be smitten in enfilade by a hail of shrapnel and streams of machine-gun bullets. . . . The whole battalion now pressed forward though officers and men were falling fast. . . . The battalions in the rear were thrown into the fight as they came up, but the Turks were well prepared and strongly posted, and there was now no hope of success . . . the survivors of the attack lay where they were until at dusk it became possible to withdraw to the edge of the Farm plateau where a line was entrenched. . . . Of the East Lancashire not many more than 100 men remained.

[George Lumley was killed on the 9th August.] 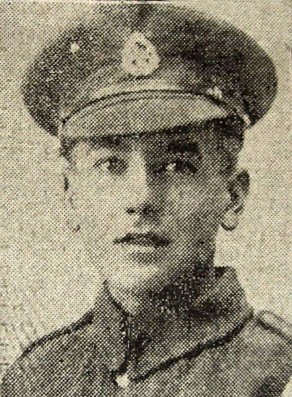 Private Herbert Lumley who died in Italy on the 12 November 1918. He was the brother of Private George Lumley