George Towler (born 22 April 1891) was the son of John and Rose Towler, née Thwaite. John was born at Lawkland and Rose at Garsdale, Yorkshire. 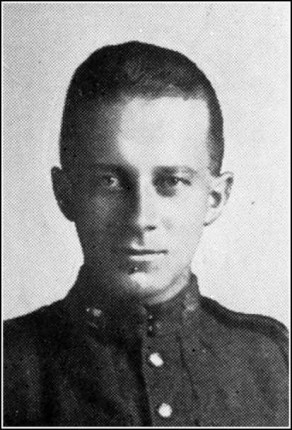 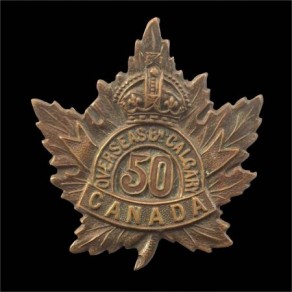 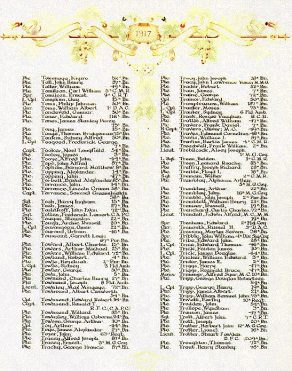 Mrs. Towler, of Knight, Stainforth, received sad news on Wednesday morning that her third son, Private George Towler, of the Canadian Infantry, had died for his King and Country in Flanders on October 26th last. This brave young soldier was in his 26th year and served his apprenticeship with Greenwood and Whitehead, grocers, Lancaster. After leaving there he went as assistant to Liverpool. Being of a pushing disposition he went to Canada and soon obtained a lucrative position at Calgary in Alberta. Here he was highly esteemed, but, answering the call of the Mother Country to her sons, he, with his pal, James Handby, of Austwick, enlisted. Both were trained in Calgary, and came to England for a short training in Hampshire before going to the Front in the early part of this year.

Handby was killed a few weeks ago and now George has paid the supreme sacrifice. He received his education in the village school here and was always a plodder, ever trying to excel as a man, a reliable friend, and a careful and smart business colleague. Mrs. Towler has two other sons in France – Lance Corporal Tom Towler, M.M., and Private Lawrence Towler.

The Commanding Officer has sent a letter in which he states:– “Your son was a man I was immensely proud to command. He always performed every duty allotted to him in a most efficient manner, and his place in the Company will be hard to fill. It will be some consolation to you to know that he suffered no pain, and his death was instantaneous, and that he was decently buried where he fell.”

We will give a photograph of the deceased soldier next week.

The above is a photograph of Private George Towler, Canadian Infantry, and son of Mrs. Towler, of Knight, Stainforth, who, as we reported last week, was killed in action on October 26th. Private Towler was in his 26th year, and had spent some time in Lancaster, Liverpool, and Calgary, Alberta, Canada. His two brothers, Lance-Corporal Tom Towler, M.M., and Private Lawrence Towler, are also in France.

TOWLER – In loving memory of Private George Towler, of 50th Canadian Infantry, third son of Rose and the late John Towler, of Stainforth Hall, who was killed in action on the Western Front on October 26th, 1917, aged 20 years.

“He gave his life for others.”

Ever remembered by his Mother, Brothers, and Sister.

PTE. GEORGE TOWLER KILLED – Mrs. Towler, of Knight, Stainforth, received news on Wednesday morning that her third son, Pte. George Towler, of the Canadian Infantry, had died in action on Oct. 26th. This brave young soldier was in his 26th year, and served his apprenticeship with Messrs. Greenwood and Whitehead, grocers, Lancaster. After leaving there he went as assistant to Liverpool. From there and before the war he emigrated to Alberta, Canada, and was very successful in business. The call of England for her sons led he and James Handby, his friend, killed a few weeks ago, to enlist. Both received their training for the most part in Canada, and then after a few months’ training went to France at the beginning of this year. He was educated at the village school, and was a credit to the village. His commanding officer has sent a letter of condolence. Mrs. Towler has two other sons at the front, Lance-Corporal Tom Towler, M.M., and Pte. Lawrence Towler.

Mrs. Towler, of Stainforth Hall, has received a letter from the colonel of the Royal Liverpool Regiment, stating that her son, Lance-Corporal Tom Towler, M.M., has been missing since the end of last month. His colonel speaks highly of him as a soldier, and thinks he has been taken prisoner. Lance-Corporal Tom Towler, M.M., was a grocer’s assistant in Liverpool, and served his apprenticeship in Lancaster. He joined up very early in the war. This is the second time this year Mrs. Towler has received bad news, the first being that her son, George Towler, of the Canadian Regiment, had been killed in action.