Graham Fletcher Hodgson (born 3 January 1880) was the son of James Price and Sophy Hodgson, née Phillips. Graham was baptized at St. John's Church, Battersea, Surrey, on the 18 February 1880. His father was born at Mayfair and mother at Brompton, Middlesex. Sophy died in 1885; James married Emily Freeston in 1886.

1891 Northchurch, Hertfordshire Census: Charles Street - Graham Hodgson, aged 11 years, born Putney, Surrey. [Graham and his brother, Dudley, who was also there, were both boarders and scholars.]

Graham enlisted at London into the Imperial Yeomanry, 19 February 1900 and was discharged, 7 August 1901.

Graham was married to Evelyn Alice ( - ).

Graham Fletcher Hodgson was District Commissioner for (Southern) Nigeria. He served with the Nigeria Regiment from 18 September 1914 to 19 February 1916 when he resumed civil duties.

A short biography of Graham is included in: ‘A Grammar School at War - The Story of Ermysted’s Grammar School during the Great War’ by Steven Howarth (2007). 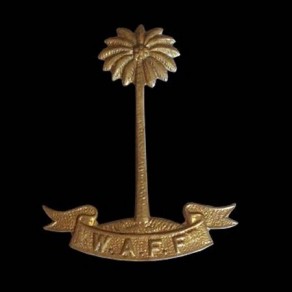 Mr. Graham Fletcher Hodgson, District Officer of the Nigerian Political Service, and late captain of the British Expeditionary Force in the Cameroons, who died on June 17th at Calabar, Nigeria, from illness contracted while on active service in the Cameroons, was well-known in West Clandon, having resided at Gibbon’s Croft, when on holiday from abroad. The deceased, who was 36 years of age, leaves a widow and one child. He was wounded in the South African War.