Herbert Walter Jefford was the son of Walter and Sarah Ann Jefford, née Edmondson. Walter was born at St. Albans, Hertfordshire and Sarah at Carlisle, Cumberland.

Herbert was married to Alice Hartley in 1912.

The British Army Service Record for Herbert Walter Jefford exists but may be incomplete. 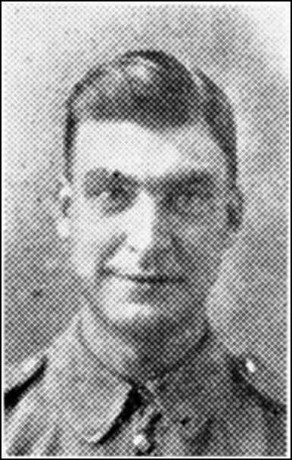 JEFFORD, Pte. Herbert Walter (M.T.), A.S.C., died of pneumonia in Hamadan Hospital, Bagdad, on September 25th, aged 26 years. He was the only son of Mr. and Mrs. W. Jefford, of Dent, and previous to enlisting was chauffeur to Mr. Ralph Rimmer, of Kendal. He leaves a widow and two children.

From his loving wife and two little sons. 89, Highgate, Kendal.

Sleep on dear son, in thy lonely grave,
Your life for your country you nobly gave;
No loved ones around you to bid you goodbye,
But in God’s keeping you safely lie.

Mr. and Mrs. Jefford, of Gap, Dent, have received news that their only son, Private Herbert W. Jefford, A.S.C., died in Mesopotamia of pneumonia on the 25th of September. – Private Leon Benson, Coldstream Guards, son of Mr. and Mrs. Benson, of Dent, is now in hospital in Liverpool suffering from machine gun wounds in the arm.